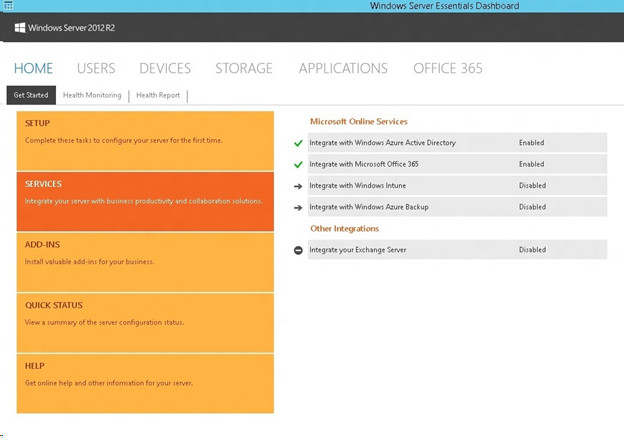 In a blog post, Microsoft said that a public preview of the server software is now available for download. It also goes over some of the many new features that will be included in the R2 update. One of them is the ability to create a virtualization of a Windows Server Essentials guest virtual machine on a Windows Server Essentials host server, either by a automated wizard setup or manually by an IT administrator.

It also has a new services integration status page, shown in the above screenshot, that's designed to give administrators a quick way to see which of the many Microsoft services are available from Windows Server 2012 R2 Essentials. They include Office 365, Windows Azure Active Directory, Windows Intune and Windows Azure Backup.

Microsoft also has plans to update the My Server apps that have been released for Windows Phone and Windows 8 later this year that will offer Windows Server 2012 R2 Essentials some new features such as such as SharePoint Online libraries.