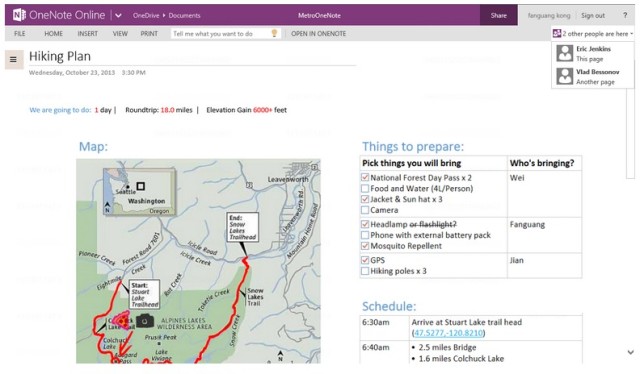 For some time, Microsoft's OneNote application took a backseat in the Office portfolio, but starting a few months ago, the company began pushing the application to more platforms with new features. That trend continues today, as Microsoft has announced improvements to the co-authoring experience for those who use the online version of the software.

The new features include a "People Presence" feature that lets you see who else is working on the same OneNote page or who else is using the notebook regardless of what client they are using to access the pages. Additionally, syncing has been improved, and edits are now pushed out in near real time, too.

If you haven't ever used OneNote, it's a simple but powerful application from Microsoft that makes keeping your notes organized and allows you to easily share them with others as well as collaborate.

The apps are free and can be found on nearly every platform from iOS to Amazon's fire devices, and, of course, they can be also found on Windows products as well.