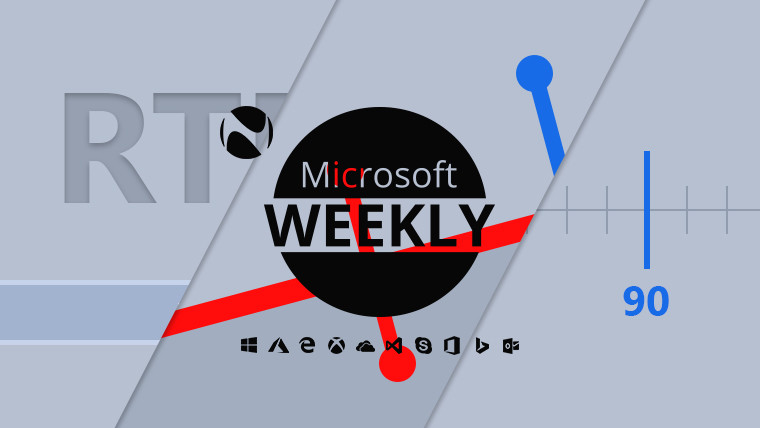 The last seven days have been quite interesting, with the usual selection of builds making their way to Insiders, plus the arrival of Xbox Live on the Switch and a bunch more things. Be sure to check all that out – and of course, the usual bit extra – in your Microsoft digest for the week of March 16-22. 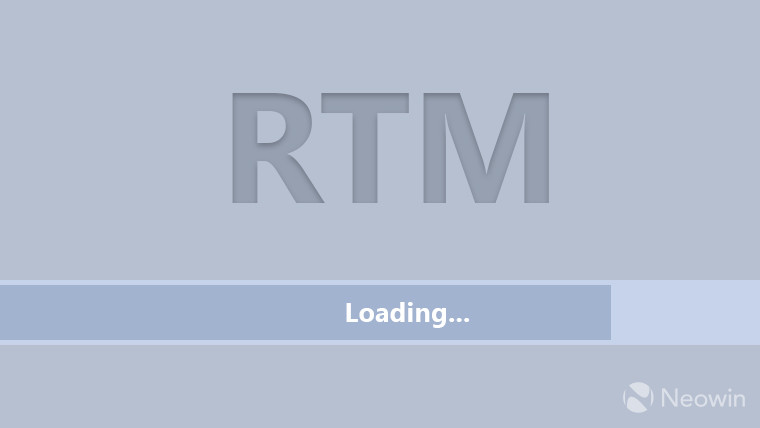 Although builds for Insiders were similar in number to last week, there’s also a hefty post Patch Tuesday set of fixes for various Windows 10 versions. Let’s take a look at those first:

Insiders in the Fast ring were treated to build 18361 which has no new features but comes with two fixes: one for the unexpected BitLocker prompts, the other for the bug which prevented certain VMs from installing and updating Insider builds.

Folks in the Slow ring also got a flight of their own, 18356.16 with nothing new, signaling that the company may be close to finishing up the RTM build.

Joining the two above is 18356.1 from the Server Insider program, which brings no new features. The only difference is that it now requires you to have a valid key rather than relying on the ones usually supplied by Microsoft for these flights.

If you’re lucky enough to have been offered a spot in the Skip Ahead ring, then you most likely will have seen build 18860 which brought with it the expansion of SwitfKey typing intelligence language support to 39. In terms of fixes, the combo boxes in PDFs no longer crash Edge, night light now works properly, there’s no longer a bugcheck citing KERNEL_SECURITY_VIOLATION, and the bug which prevented VMs from installing Insider builds has been addressed.

The usual array of driver-related known issues – such as the one with Realtek SD card readers and Creative X-Fi sound cards – is still present.

Fast ring folks got a second build this week, and that was 18362 which addressed the issue which caused the Connect app to crash, and the Microsoft Store app updates not to automatically install.

Finally, for business looking to squeeze a little more life out of Windows 7, the Windows Virtual Desktop capability is now in public preview. It allows organizations to set up either Windows 7 or 10 – with the former getting three years of extended support for free -, and is included with Microsoft 365 F1, E3, and E5, as well as Windows 10 Enterprise E3 and E5, Windows VDA for Windows 7 and 10. On the Server side, it’s included for RDS and CAL customers. 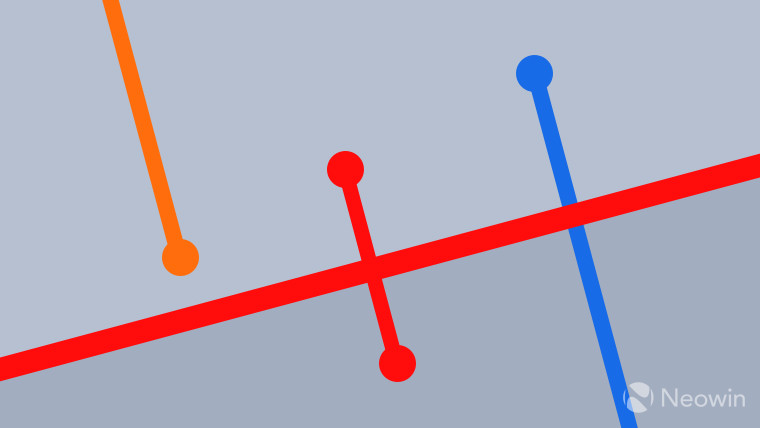 While builds and patches usually get a tad more attention, small additions to existing Microsoft services do take place all the time. One such addition concerns the routes in Bing Maps. In order to be more helpful, the selected route will be coloured depending on traffic density, thus allowing you to avoid areas with heavy traffic.

In a bit of news that relates to Microsoft’s messaging client, Skype is getting the ability to mute specific people. You’ll only be able to take advantage of it if you’re on version 8.42.76.55 for the desktop or 14.42.54.0 of the Microsoft Store app. Needless to say, it’s currently only available to Insiders.

Also Skype-related, though a feature that’s coming further down the line, is the ability to preview images before sending them. Not only that, it’ll also enable you to send just the image itself rather than needing to add a comment to it like previous iterations. And yes, this too is available for those on the preview version for desktop.

Speaking of images, those can now be added to Sticky Notes, but unfortunately only by Insiders in the Skip Ahead ring.

If you use Teams on iOS, the latest version (1.0.70) allows you to make PSTN calls using the dial pad (though it requires a phone system license). You can also remove cancelled meetings, and there’s now an improved workflow for selecting preferences prior to a meeting. Staying a tad more on the subject of Teams, private channels and live caption support have been added, to be followed by something called Intelligent Capture. The latter – coming at a later date – will make use of the Microsoft Whiteboard integration, as well as another camera, to capture content from a physical whiteboard and take it over to your digital ecosystem.

Since it’s now open-source, the Windows 10 Calculator has added graphing mode support, Furthermore, another design-related change concerns the new Office icons – which are starting to be rolled out. To round off the whole set, SwiftKey is also getting a new icon, in keeping with the style used for the Office icons. 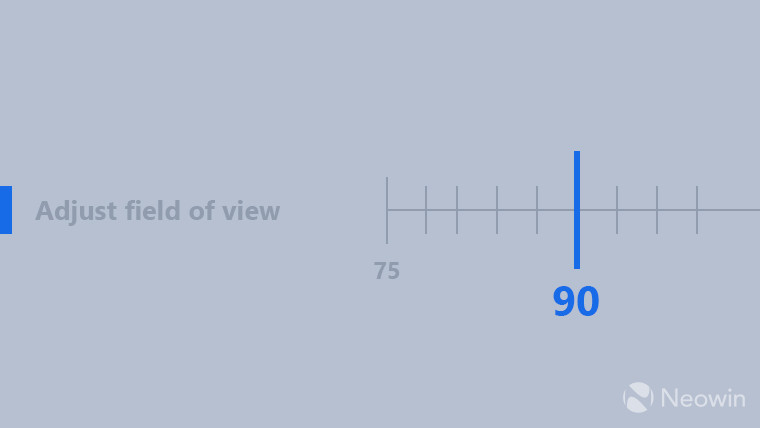 Just in case you were unsure whether Microsoft really liked opening up Insider programs for all its products, it went and extended one to the PC for the upcoming release of Halo: The Master Chief Collection. The collection will be released one game at a time, starting with Halo: Reach and continuing with Halo: Combat Evolved – as 343 Industries wants to follow a chronological order. There are however no plans related to Halo 5.

What is known is that the collection won’t be limited to Windows 10, but will in fact run on Windows 7 and 8 too, and these specific versions will support cross-play. Modding support is also being looked at, and FOV sliders, unlocked frame rates and support for various aspect ratios has been confirmed.

If you’re into Rare’s Sea of Thieves, update 1.4.5 brought a number of anniversary gifts, as well as keyboard and mouse support on the Xbox One. Though this was in celebration of the game’s one year anniversary, even more content is heading players’ way next month including fishing, story quests and the long-awaited Arena mode.

As far as extending its offerings is concerned, Cuphead is being launched on the Nintendo Switch on April 18, with the game getting Xbox Live support post-launch. On a somewhat related note, Xbox head Phil Spencer said that Microsoft will hit back at Google during E3 this year, obviously referring to Project xCloud.

Following in Nintendo’s footsteps, both Sony and Microsoft intend on launching their own gaming-dedicated live streams starting next week. In the Redmond giant’s case, it’ll be called ID@Xbox Game Pass. This builds on the ID@Xbox program geared towards independent creators and will showcase titles coming to the firm’s Game Pass subscription.

In other news, DirectX 12 now supports Variable Rate Shading, and alleged images of the Xbox One S All-Digital Edition have appeared online.

Since we mentioned it, it’s worth noting that a number of titles are coming to Game Pass this month, including Deus Ex: Mankind Divided, What Remains of Edith Finch – both already playable -, The Walking Dead: Michonne and Vampyr on March 28 and Operencia: The Stolen Sun on March 29. Marvel vs Capcom Infinite is also coming to the service, as a Play Anywhere title, but that’ll happen on April 1.

Of course, we mustn’t forget about the Backward Compatibility list, which this week grew by a further two titles: Brothers in Arms: Hell’s Highway, and AirMech Arena. 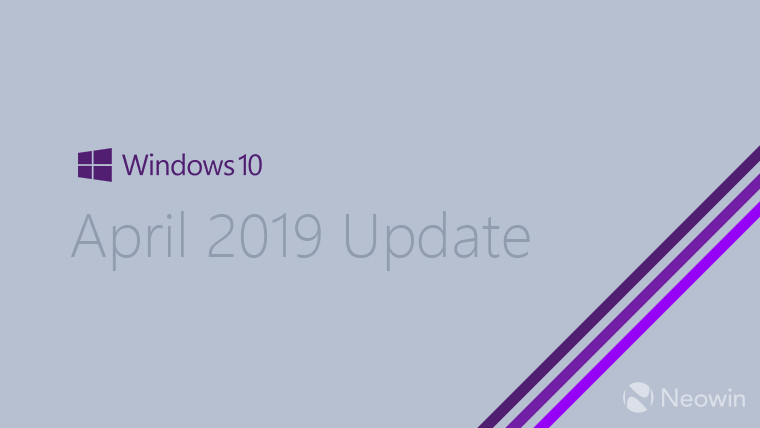 To cap off this column we’ll take a look at the fact that Windows Defender ATP (Advanced Threat Protection) has been renamed to Microsoft Defender ATP. Additionally, it’s not only coming to Chrome and Firefox as an extension, but macOS too.

Lastly, Microsoft has released build 18362 to the Slow ring, which the company is positioning as a release candidate for 19H1. This is the next major version of Windows 10, likely to be version 1903 or the April 2019 Update. If all goes well, we’ll find out rather soon, as 19H1 is scheduled to be finished this month.