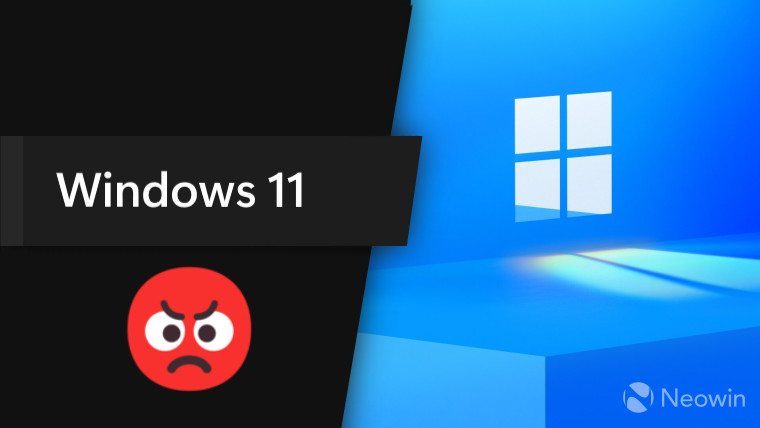 Yesterday, we reported that Microsoft has no plans to allow users to change the Taskbar location in Windows 11, because it thinks that not enough people want it, hence it's not high on its priority list. It also cited engineering difficulties in the process and basically said that it has no plans to make the Taskbar movable again in Windows 11. Well, none of that reasoning makes any sense, so let's break down Microsoft's argument and discuss it in more detail.

Microsoft's Head of Product Tali Roth started off by saying that:

When it comes to something like actually being able to move the taskbar to different locations on the screen, there's a number of challenges with that. When you think about having the taskbar on the right or the left, all of a sudden the reflow and the work that all of the apps have to do to be able to understand the environment is just huge.

Having the Taskbar on the right or left apparently breaks the flow of apps... even though it worked fine in Windows 10? That's kind of the crux of the problem here, when Microsoft rebuilt the Taskbar from scratch, it essentially removed a lot of the functionality that people used in Windows 10. This was done in the name of simplification and I have complained about this before too.

Coming over to another problem, the rebuilt Taskbar is reportedly a relic from the now-defunct Windows 10X, an OS that was being designed for dual-screen devices where design simplification was needed. Simply porting it over to Windows 11 meant that people on regular devices lost a lot of functionality in the process.

In other words, there was no massive demand to redesign the Taskbar for existing, "traditional" Windows devices. Microsoft essentially broke what was already working fine for everyone.

There's another interesting thing to talk about here too. Microsoft has cited engineering difficulties in making the Windows 11 Taskbar movable... but, a comparatively much smaller company like Stardock has already implemented it just fine through its Start11 software, which allows the Taskbar to be moved to the top, at least.

If third-party developers can put in the time and effort to fix Microsoft's mistakes, there's no reason why an organization as big as Microsoft can't invest the same level of effort and commitment in its own software. If you can't allow moving the Taskbar to the left or right, at least allow people to move it to the top for now, because that is definitely possible through third-party tools.

Now, talking about the second part of Roth's argument:

And when you look at the data, while we know there is a set of people that love it that way and, like, really appreciate it, we also recognize that this set of users is really small compared to the set of other folks that are asking for other features. So at the moment we are continuing to focus on things that I hear more pain around.

This part of the statement really irks me. Microsoft claims that not enough people want to move the Taskbar... but, that is the most requested feature in the Feedback Hub, by quite a hefty margin. Microsoft casually dismissing this fact is problematic since it has always talked about how user feedback is crucial to Windows development.

If we believe that Microsoft is indeed right and that it has formed this conclusion based on telemetry data, that has other implications. That means that the company might as well just throw out the Feedback Hub because it would rather give telemetry more importance. And to be honest, I'd be okay with that considering we are now seeing that feedback in that service is apparently not important enough to Microsoft at all. But the company needs to be transparent about it, you can't have a Feedback Hub for the public and then ignore it based on your internal metrics and priorities.

Overall, I don't think Microsoft's argument holds enough weight. I'm not involved in Windows development so I can't speak on behalf of the engineering difficulties but we do have evidence that moving the Taskbar to at least the top is possible and that enough people do want the feature, so I think it makes sense to call Microsoft out on this. People didn't ask for Taskbar functionalities to be removed so they shouldn't have to beg for them to be returned. It's not simply a matter of "stay on Windows 10 if you want this feature so much", it's a matter of principle and a case of Microsoft ignoring clear public demand.

What do you think of Microsoft not making the Taskbar movable in Windows 11? Does the company's argument hold any weight?