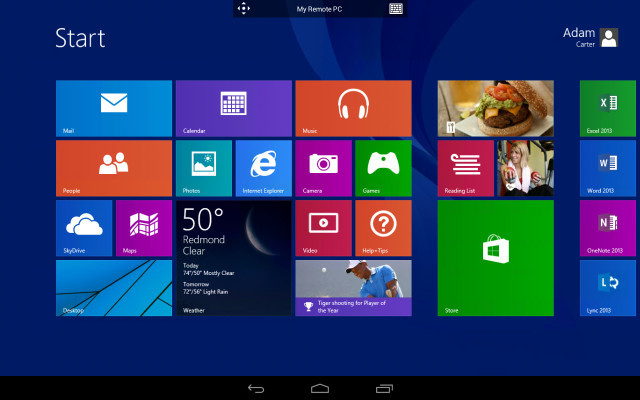 Microsoft launched new Remote Desktop apps for iOS, Android and Mac OS X platforms on October 17, which were made primarily to connect to PCs with Windows Server 2012 R2. This week, Brad Anderson, the corporate VP for Windows Server at Microsoft, announced that since that date, the new Remote Desktop apps have reached the one million download mark.

Anderson added in a post on In the Cloud blog, "Downloads have been steadily growing, and this is now the fastest growing Android app from Microsoft, ever. This kind of adoption is exciting; the Remote Desktop App brings the dynamic experience of Windows to devices around the world." The blog did not break down just how many downloads of the apps were made for each platform, but it sounds like the one for the Android OS is particularly popular.

As we have previously reported, Microsoft acquired certain assets of HLW Software just before the launches of these new Remote Desktop apps which helped Microsoft to offer these new programs to more users. The company has already released such an app for Windows 8 and stated recently that it will do the same for Windows Phone 8, although a specific release date was not announced.