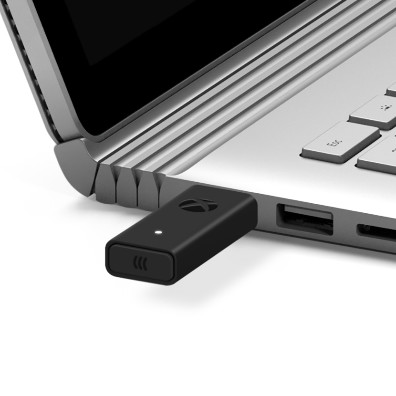 Last August, Microsoft announced that it would be releasing a new model of its Xbox Wireless Adapter. At the time, it was slated to be released a week later, but within days, it was delayed until 2018.

Luckily, the device is now available to purchase from the Microsoft Store for $24.99, or as a bundle with a Wireless Controller for $79.95.

The Xbox Wireless Adapter allows you to connect your Xbox One controller to your PC without tethering it via a micro-USB cable. The new one is significantly smaller than the last one that Microsoft used to sell. Indeed, that model was so big that often it could block other USB ports on your PC.

It uses Microsoft's proprietary wireless technology, which has recently been built into some new gaming rigs. Newer controllers do support Bluetooth as well, including the rumored refreshed Xbox One Elite Controller.

If you want to check it out on the Microsoft Store, you can find it here, or you can find the bundle with a controller here.