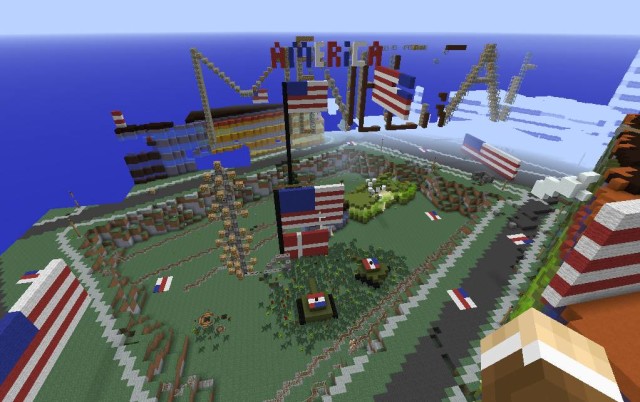 Last week, the Danish government put their replica of Denmark in Minecraft online, providing a 1:1 simulation of the country in-game. However, the hugely popular server has recently gone under attack, through the smuggling of dynamite in a mining cart.

Players managed to cause havoc in the world blowing up areas of the land and placing American flags down in triumph of their success. The Danish government told The Register that they weren’t too concerned with the damage done, stating that it is the nature of the game after all.

The world had originally been built to educate and encourage building skills, and a copy of the entire country is available for download at a mere 1TB size. Overall, the popularity in the server has left the agency pleased, drawing in over 19,000 users and 200,000 map downloads.

We've seen quite a few uses for Minecraft over the months, (including our Neowin Minecraft server), the hugely successful game has attracted millions of downloads online and appeals to all ages.

Find out more information about the server here.

Source: The Register via Engadget | Image via regmedia