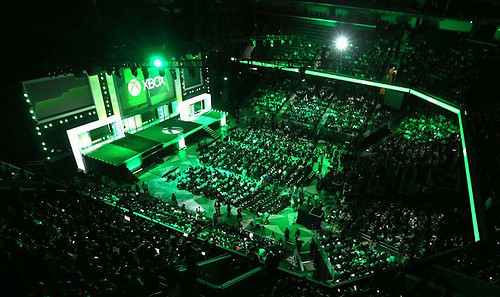 Microsoft will be officially announce a number of upcoming Xbox One games at its E3 2014 press event in Los Angeles on June 9th. However, a person who claims to have information about what Microsoft will show and reveal at that event has posted up some leaks on a blog post.

The post itself claims that this leak has been corroborated by a "number of sources" but lists like this should be taken with a huge grain of salt. However, some of the game announcements and release date information on this leak previously showed up on a NeoGAF forum post that also claimed to have knowledge of Microsoft's future Xbox One plans.

Some of that information that both rumor posts have includes release dates for previously announced games, such as Sunset Overdrive (late August/early September) Quantum Break (fall 2014), Forza Horizon 2 (fall 2014) and Halo 2: Anniversary (fall 2014). The new source claims the Halo 2: Anniversary game will have the E3 2003 demo, which didn't actually show up in the final version, as an unlockable mission.

The new post has a bunch of claims about new game projects that will be presented at E3 2014, such as a sequel to Ryse that will be set in medieval times, a new title from Epic Games based on its Samaritan Unreal Engine 4 demo, a CGII trailer for the next Gears of War game, and a new title from Fable developer Lionhead set in a post apocalyptic Earth. The post also claims Microsoft will announce a release date for the next Halo game for the Xbox One during the press event.

Besides game announcements, the blog claims that Microsoft will kick off Games for Gold for the Xbox One starting immediately after the E3 2014 conference, with one free digital title and one free retail game per month. The post also claims that the company will reveal just when Xbox One retail units can finally be turned into game development kits at E3 2014.

Once again, this post should be considered to be highly speculative, but some of the information it contains does sound plausible. Also, keep in mind that Microsoft's E3 2014 press conference is still over a month away and plans for the event can, and most likely will, change between now and June 9th.