Although LG's flagship smartphone for 2014 has not yet even gone on sale, rumours are already circulating of a beefed-up model being ready for launch in the near future.

Korean site Naver reports that LG is working on producing a variant of the G3 with a more powerful processor that could be introduced as soon as July. The 5.5-inch G3 is currently equipped with a quad-core Qualcomm Snapdragon 801 running at 2.46GHz, but this chip is beginning to show its age. 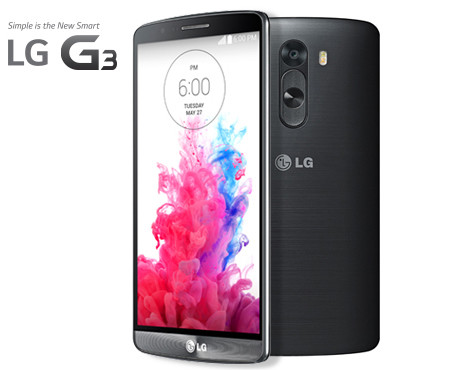 Could we see a more powerful version of this next month?

Apparently, LG want to release a G3 with a Snapdragon 805 to give the device even greater performance than it already exhibits. Benefits would be particularly noted whilst 3D gaming as the graphics clock speed for the unit is up by a significant 140MHz on the 801 to 718MHz, running on an Adreno 420 in place of an Adreno 330.

Additionally, graphics memory is doubled in both size and speed.​ The 805 also supports the playback of 4K, ultra high-definition video that media buffs are sure to enjoy, and a theoretical download speed of 225Mbps over 802.11ac WiFi.

No other changes are mentioned, and it is unlikely that much else would be amended so soon after the launch of the base model. If the rumours prove to be true, it is entirely likely that the device will be marketed as a 'G3 Prime' or similar, like to Samsung's rumoured Galaxy S5 Prime and the purportedly shelved HTC One M8 Prime. Such a phone would enable LG to compete against any other handset on sale in terms of raw power in the increasingly saturated Android mobile market.