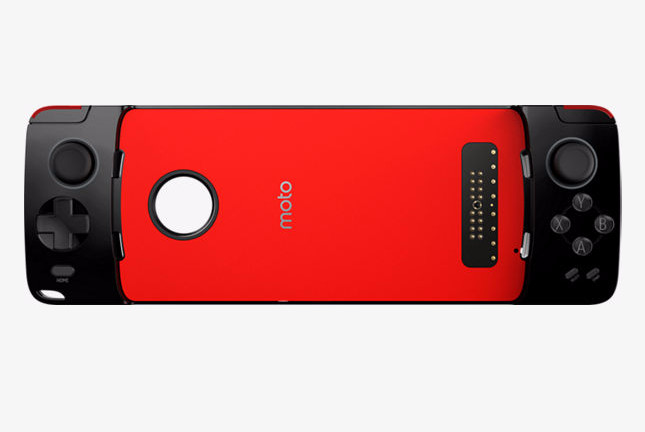 Along with the announcement of the Moto Z2 Force, the firm also revealed an entire line of new Moto Mods that would be available for the handset. Out of the newly revealed Mods, the more interesting of the bunch was the 360-degree camera and the Moto Gamepad. The latter was made available for pre-order today and will be a Verizon exclusive.

If unfamiliar with the accessory, the compact device is built for those that like to take their mobile gaming experience a little more seriously, offering better control and precision movement with tactile physical buttons and control sticks. The Moto Z2 Force can simply slide into it and maintain a connection without the need for additional cables thanks to its pogo pins that are located on its rear. The unit also has a 1,035 mAh battery that can provide up to eight hours additional charge to the phone. The Gamepad will be officially available starting August 25.

The Moto Z2 Force is now available on Motorola's website and should be priced at $720. The handset can also be purchased through various carriers in the United States like T-Mobile, Sprint, AT&T, and Verizon.