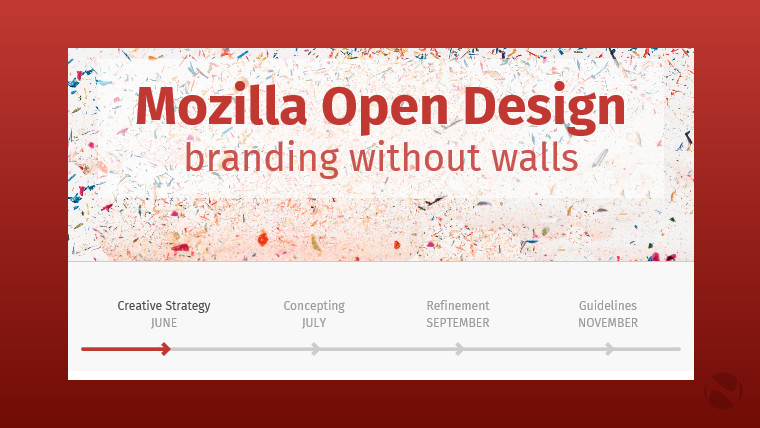 Mozilla has announced that it is updating its brand identity "so that people may know and understand us better". True to its open source spirit, it's inviting its community to take part in that process, saying that "everyone's invited".

There will be four phases to the process, which will lead to the rollout of Mozilla's revised brand identity system later this year:

However, Mozilla also emphasized that it is "not crowd-sourcing the new identity and we will not resort to voting." It added: "While we have nothing against either of these approaches to design in the modern world, we feel that we will get better results from the call and response of design and review."

Instead, Mozilla is simply asking for feedback from its community during each stage of the design process, which will be managed by world-renowned creative agency Johnson Banks, which has worked on brand identity systems for a diverse range of organizations, including Virgin Atlantic Airways, Save The Children, and London's Science Museum.

Mozilla admits that it's not quite sure what to expect of this process. "In reality, the outcome is uncertain," it says. "This kind of open brand identity design has never been done before at this scale."