Having owned the Hazro HZ24Wi (h-IPS) since before launch I've been fully covered as far as photo editing goes but recently I've been feeling an itch, an itch for a 2nd monitor that wasn't the 19" TN panel Samsung I was using to plonk workflow palettes and sidebar gadgets, a screen that could do all those and more...and so the research began!

I've owned various VA/IPS and even TN panel monitors whilst owning the Hazro and none of them really wowed me except maybe the HP 24W which had excellent performance and quality but at the time it had a pink tinge problem that was documented quite well (now long resolved though) so I returned it. I've also owned the Dell 2405 series and was not happy with any of them due to input lag for gaming which was easily noticeable and also a slight mouse lag delay in Windows itself.

So after lots of reading reviews and seeing what's offering the best bang for buck I bought the U2410 for £250. 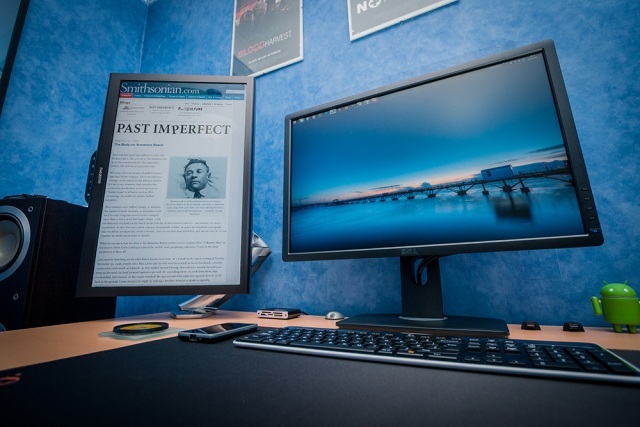 The plastic casing and stand build quality seem OK but I do note that they're not as solid feeling as the monitors Dell used to sell such as the 2405/2000WFP etc. Saying that though, the thing is put together solidly and the front bezel and buttons have a professional look and feel to them. I like the backlit power button which is the LED indicator, it's little things like that that impress me most and it's a faint blue glow as opposed to a mini torch.

Other reviews by mrk: