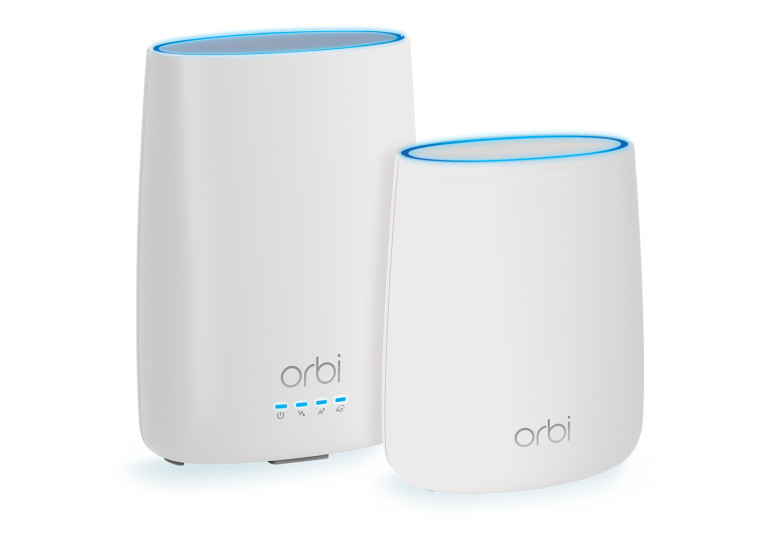 Netgear's Orbi has received much praise for being one of the fastest tri-band wireless mesh solutions on the market, with top-end specs such as support for AC3000 speeds (only on the RBK50), quad-streams (also only on the RBK50) and a dedicated 5Ghz channel for handling backhaul.

Today Netgear is adding to the Orbi family by introducing cable modem embedded version based on their existing RBK40 (AC2200) variant. Keeping the same external appearance and form factor of current Orbi devices, the new models feature a dual-PCB design, segregating the cable modem and wireless router components, each with their independent firmware. Decoupling the firmware is a great solution because it allows ISPs to manage modem updates, and users/Netgear to manage the router updates. Netgear has also simplified the modem activation process, which is managed via the dedicated app. Historically, direct-to-consumer modem/router combos have not been successful, precisely because they featured integrated firmware for the modem/router which could never be updated synchronously, especially if modem updates were managed by the ISP.

The wireless specs are identical to the RBK40, with support for dual-streams on each of the 2.4Ghz and 5Ghz bands for RX/TX, and the 5Ghz dedicated backhaul. The cable modem specs are a vanilla affair - DOCSIS 3.0 certification and support for 32x8 channel bonding, which should allow for maximum theoretical download speeds of up to 1.4Gbps.

The new models come in two SKUs – the Cable Orbi Router (CBR40), which is the standalone cable modem + wireless router variant priced at $300, and the Cable Orbi Kit (CBK40) which bundles in an additional satellite for $400. The new models should help Netgear cater to a wider target demographic, including that which has already invested into the ecosystem, since existing Orbi satellites are interoperable with the new models, as long as they complement the main unit. Retail availability is expected shortly.