Today Facebook has begun rolling out some new privacy controls for its users, to make what you share a lot simpler with easier to understand controls. 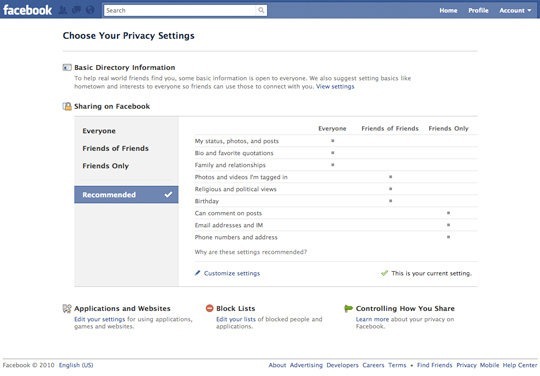 Facebook has reduced the amount of basic information visible to everyone, giving you more control over who sees your friends and pages.  The new settings can be found under Basic Directory Information, but is recommended by Facebook to leave it open, so people can search for you.

Application and website controls have also been simplified, allowing for more control over what applications and websites can access your data, and how much of it.  Facebook has also added the functionality to completely disable this, if you don't play games.

Facebook also mentioned that this concludes their privacy overhaul, and will be the final change they will make, at least for awhile.  Users should begin seeing these changes over the next few weeks.  Facebook also includes this guide on controlling how you share, which explains all the features in detail. The changes have been made in response to a range of privacy security flaws in recent weeks. Four Democratic senators raised concerns over Facebook's privacy controls in a letter sent to Facebook founder Mark Zuckerberg. Even Zuckerberg was criticised for reportedly calling users "dumb f**ks" when Facebook was originally founded in 2004. 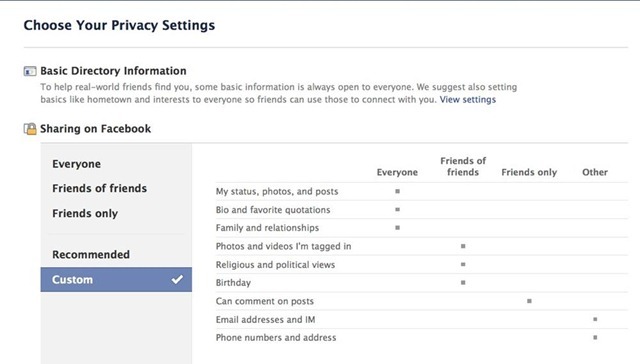