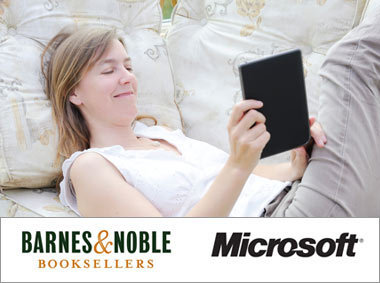 In late April, Barnes and Noble announced a partnership with Microsoft that would, among other things, spin off the bookseller's Nook tablet and eReader business into a separate company, with some investment from Microsoft. Since then, there's been lots of speculation that Barnes and Noble's next Nook tablet could run on Windows 8 or Windows RT.

This week, Digital Trends reports, via unnamed sources, that Barnes and Noble will hold a press conference in late September in New York City, to officially announce and demo the next Nook tablet. The article speculates that the next Nook product could also be the first that will run on Windows 8. Previous versions of the Nook have had a modified version of Android 2.3 running things inside.

Barnes and Noble and Microsoft have already admitted that the bookseller will create a Nook app for Windows 8 but so far details of that app have yet to be revealed. However, linking the app to a Nook tablet that runs on either Windows 8 or Windows RT would certainly be a logical next step.

Barnes and Noble recently cut prices on the current versions of the Nook tablet, as well as the Nook Color, most likely in preparation for a new Nook tablet model.