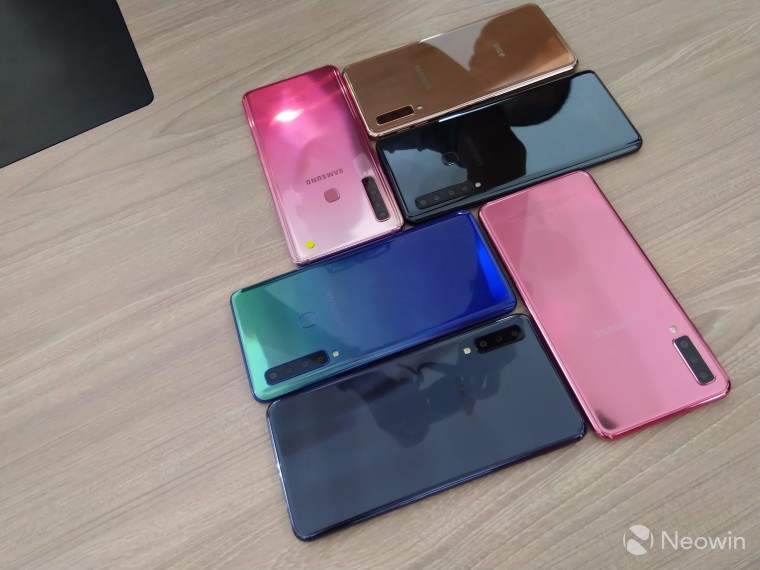 Earlier this week Samsung launched the first two members of the new Galaxy A family, the Galaxy A30 and A50. On Friday, an un-announced model from the same series, the Samsung Galaxy A40, received certification for Bluetooth and its support page went live on Samsung's German website. Today, MySmartPrice reported that a source had revealed the price for the handset, which will be launching very soon.

It is believed that the Galaxy A40 will make its debut somewhere in the near future, and it will be priced at €249 in Europe, which is approximately equal to US $283. There is also a high possibility that the phone will be unveiled in India first. The phone is expected to run Android Pie out the box, powered by a 14nm Exynos 7904 octa-core processor, a 4GB RAM and internal data storage of 64GB with a microSD slot compatible with external storage space of up to 512GB. As for the display, it will measure 6.4-inches wide, with a Full HD resolution of 1080 x 2340 and an aspect ratio of 19.5:9. Similar to the Galaxy A30 and A50, the smartphone will sport an Infinity-U Super AMOLED. Unfortunately, there is no information available regarding the A40'S optical specifications as of yet.

In a statement made to The Economic Times on 14 February, Ranjiv Singh, senior vice president of Samsung India said:

"2019 started off extremely well for products at Samsung with the M series. We are now creating a whole portfolio for the A series, which we will be launching this from March. Till June, we will launch phones every month"

This means that Samsung will release one phone every month until June in India, a total of four phones all part of the Galaxy A series. Apart from the A40, another possible candidate is the Galaxy A90, which is rumored to have a unique 13MP rotating camera.