Back when Microsoft and Nokia first announced their partnership, Nokia was given special permission to tweak Windows Phone's UI to their heart's content. So far nothing has come out of that provision, but PocketNow has come across some of Nokia's plans, which seem to have been discontinued.

As you can tell from the screenshots, Nokia largely ditched the geometrical design Microsoft's polarizing Metro interface. Instead of Live Tiles, it's got... Live Bubbles! The emphasis on stark colors and typography is still here, but the differences aren't hard to spot. 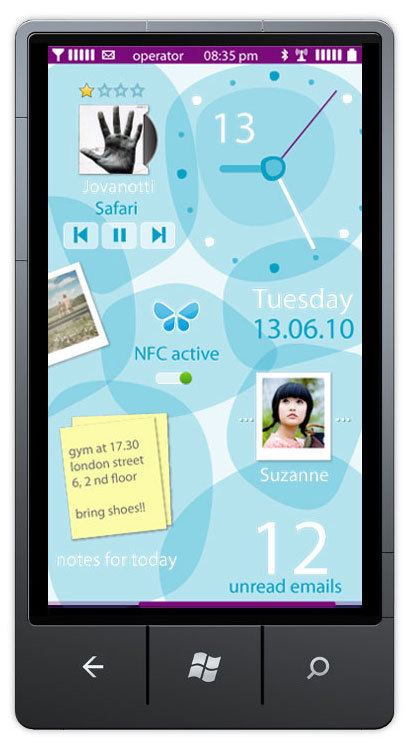 In one of the screenshots, a photo hangs on a clothes line, while a bird sweeps by overhead carrying a calendar. All of this is set against a brown background of a mountainous landscape, complete with a child carrying a balloon underneath a floating clock. The new interface is more acid than Metro.

Before you get too upset, PocketNow says that the designer got transferred to Accenture last September, which is the company that Nokia has in charge of Symbian's UI. You've got to feel sorry for those poor Symbian users. These designs are definitely original, but 'usability' is probably the last thing that comes to mind when you see them. 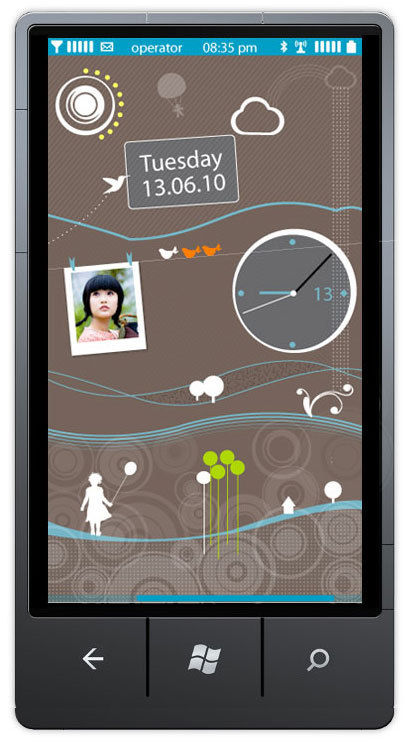 A Nokia spokesperson actually told PocketNow that the designs weren't even actually ever considered, saying that the mockups were "purely her own personal design explorations and were never part of any project being done at or for Nokia." If that's true, you've got to wonder why she bothered to do it if she wasn't getting paid for it.

For their part, Microsoft denies any knowledge that Nokia ever considered altering the interface, and Rich Greene, Nokia's Chief Technology Officer, seems to favor a more hands off approach. At the Windows Phone Day seminar in February of 2011, he said that:

There are so many places to innovate, it is critically important to provide the greatest opportunity for you the developer, you build once and everybody gets it, when you create more and more variance it becomes a hindrance. We also want customers to move between devices, preferably towards Nokia devices, but move between devices and not to hinder that in any fashion.

Basically, it sounds like he'd rather see Windows Phone bring together the best parts of the Android approach and the iOS approach; the simplicity and interoperability of the iOS design, where everything works the same way, and Android's flexibility of having different hardware to suit different needs. That sounds like a pretty good idea to us.