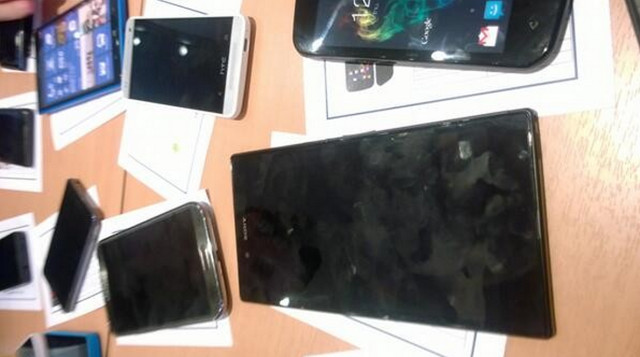 It has long been rumored that Nokia was working on a larger speced device and the image you see above, might just be the new Lumia 'phablet'. The blurry photo, obviously not confirmed, looks to be an over-sized Nokia Lumia device that is reportedly going to be called the 1030.

The photo, which also has a plethora of other recently released smartphones, shows a blue 'phablet' like device that is clearly larger than anything we have seen to date. Of course, this could be an elaborate hoax or this device may never materialize, but for those of you who have wanted a larger screen Lumia, this might be the phone you are looking for. 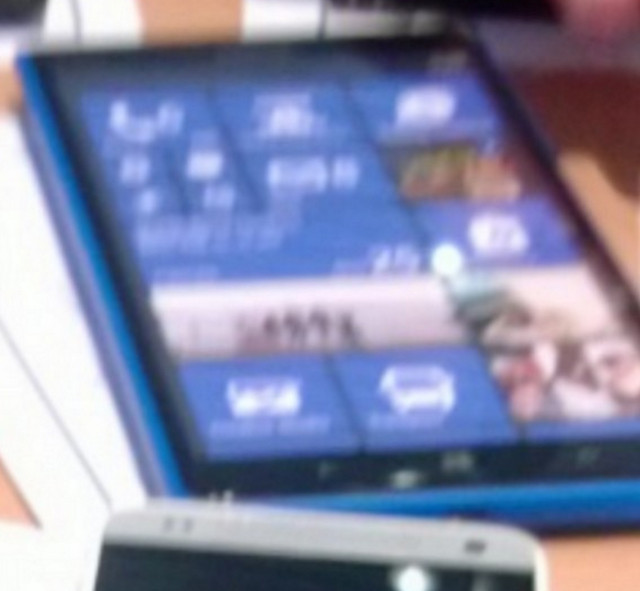 It would make sense that this phone would not be released until GDR3 hits the market (likely, later this year) as that Windows Phone 8 release will introduce higher-resolutions for the platform that would make this device much more appealing.

File all of this under rumors and speculation at this point but take a look at the photo, is this real, or is this just fantasy?