Today, we are beginning to see 4K PC monitors with higher resolution displays that were unthinkable a few years ago. Yet, there are still issues with these monitors high end applications, and particularly with playing games, that can't simply be solved by increasing the screen resolution. Today, NVIDIA announced it has a solution that it claims will help make PC monitors better.

That solution is called G-SYNC, and in an announcement Friday, NVIDIA offered up the first public details of this new technology. It consists of a hardware module made to be placed inside a monitor. This piece of hardware was created to synchronize the monitor to the output of a PC's graphics card, rather than having the GPU sync up to the monitor. NVIDIA says that with the G-SYNC module in place, it eliminates issues such as screen tearing, VSync input lag, and stutter from PC games and applications. How does this module work? NVIDIA states it does away with a monitor's fixed refresh rate, which is usually set at 60Hz. It states.

With G-SYNC, the monitor begins a refresh cycle right after each frame is completely rendered on the GPU. Since the GPU renders with variable time, the refresh of the monitor now has no fixed rate. 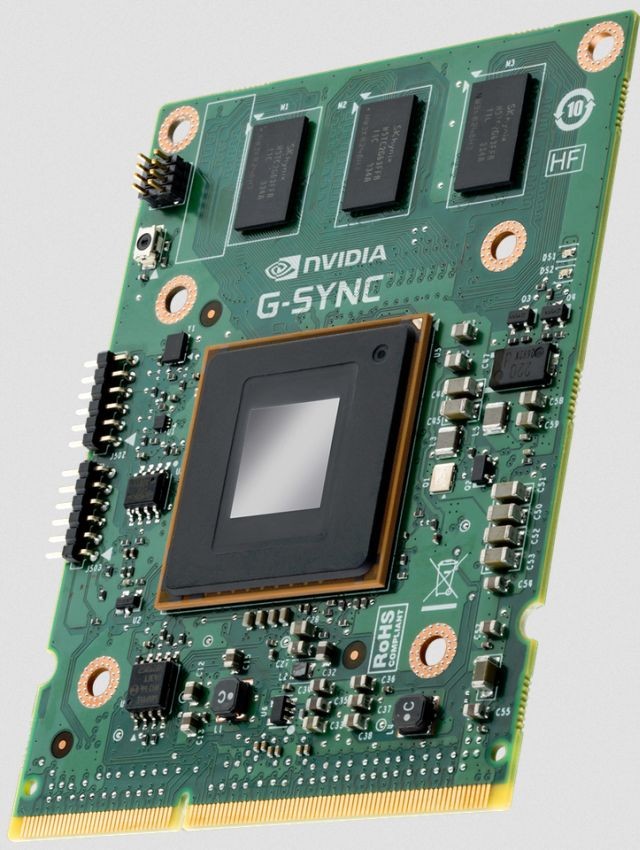 The company says that testing G-SYNC with pro gamers has resulted in those players dominating others without the module inside their monitors, thanks to nearly no visible lag in playing PC games. It also has generated praise from well known game developers. It states:

Tim Sweeney, creator of Epic’s industry-dominating Unreal Engine, called G-SYNC “the biggest leap forward in gaming monitors since we went from standard definition to high-def.” He added, “If you care about gaming, G-SYNC is going to make a huge difference in the experience.” The legendary John Carmack, architect of id Software’s engine, was similarly excited, saying “Once you play on a G-SYNC capable monitor, you’ll never go back.”