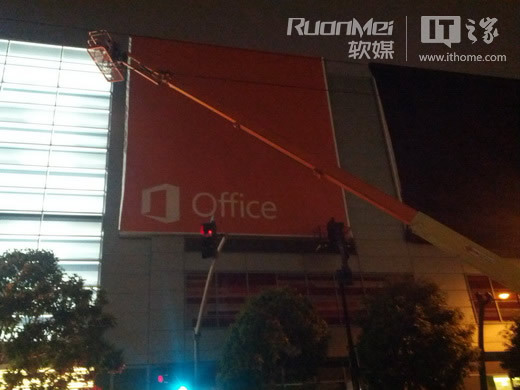 We had previously heard that Microsoft's surprise press conference was going to be about Office 2013 and new banners spotted in San Francisco (the location of today's announcement) would appear to confirm that information.

The images were posted up on ithome, a Chinese site, clearly show the Office logo with one banner exposed and the other appears to be covered. The new Office icon lines up with previous leaks and reinforces the fact that today's announcement will be Office related.

The source also states that the release will be called the Consumer Preview, this follows the naming convention of Windows 8 which is currently at the Release Preview stage of development.