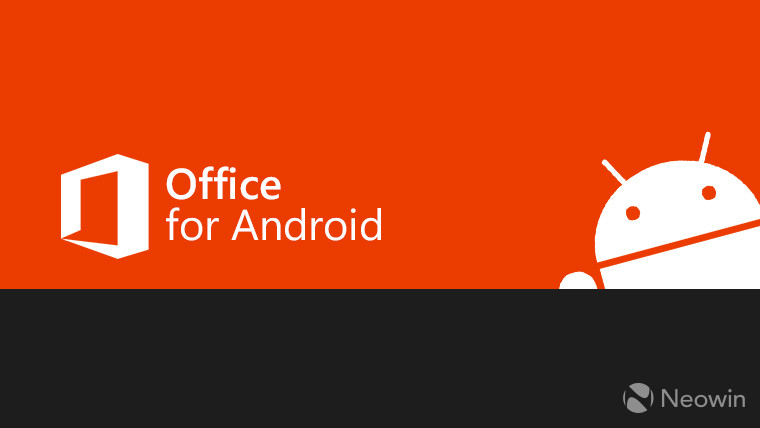 Microsoft has released another round of updates to its Office apps to Insiders on Android, ahead of the public release that should happen sometime in June. According to the changelog, the majority of changes are in the Outlook app.

The e-mail app is getting features that were previously only available for iOS users. For example, we have actionable messages, a feature which was announced during this year's Build. This means that, when you receive messages that allow you to take certain actions, such as approving access requests, you can now do it from within the app.

Microsoft is also adding smart replies to the app, so you can quickly respond to messages without having to type anything yourself.

Also in line with iOS, you can add favorite contacts now, and there are notification settings to go along with that, making it easier to only get notifications from the most important people in your contacts. Additionally, the people card is getting an update, so you can see more information about users in your organization, such as who they report to and work with.

While there's nothing else mentioned in the official changelog, our devices have started receiving the new Office icons for more apps. Until now, only Outlook had received the redesigned icon, but Excel, PowerPoint, and OneDrive have all been updated to the new design. Oddly enough, despite receiving an update, Word isn't showing its new icon. The iconography within the apps has also been slightly updated, including the new filetype icons revealed earlier this month.

Additionally, Microsoft's Amrita Rout posted on Twitter saying that OneNote has also received the new icon - though that update hasn't shown up for us yet. Other recent updates to OneNote include the ability to add images to Sticky Notes and a new notebook experience that lets you reorder pages.

It's worth noting that these app updates roll out gradually, and the new features and icons may or may not be available for you already. If you'd like to download Microsoft's Office apps, you can do so form the links below:

You'll need to sign up for the beta program in order to get these changes a little earlier. You can do so from the Play Store page for each app.