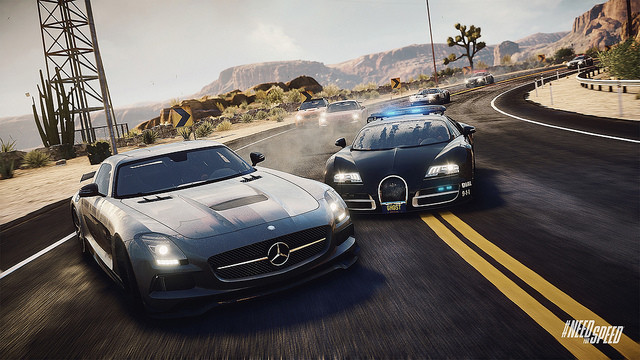 Last week, Sony said that at least 22 PlayStation 4 games would be ready for its launch in the U.S. on Nov. 15. Today, Sony and Electronic Arts have both confirmed the PS4 will add yet another launch title, the racing game "Need For Speed Rivals."

Sony's PlayStation blog posted the news today, which brings the current launch day game total to 23 for the PS4. Need For Speed Rivals will also support RemotePlay, which will allow users who also have a PS Vita portable console to continue to play the game while they are away from the big screen TV.

Microsoft stated back in August it had 23 games "targeted" for the launch of the Xbox One in the U.S. on Nov. 22. One of those games was Ubisoft's "Watch Dogs," which has since been delayed for both the Xbox One and PS4 to spring 2014. Now there's word that another game on Microsoft's list, the casual puzzle sequel "Peggle 2," which was a timed exclusive, won't make it for the actual launch date.

Venture Beat reports that, according to a PopCap spokesperson, "Peggle 2" will actually be released a few weeks later in December. In fact, it appears that was the plan all along, which means Microsoft's list back in August was in error. This new development means Microsoft will have 21 games ready for the Xbox One launch but, as we have seen, we could have more changes on the list before the date arrives.