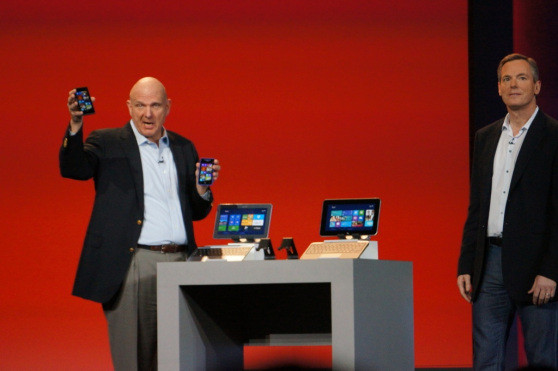 As we mentioned earlier today, Microsoft CEO Steve Ballmer chose Qualcomm's CES 2013 press conference to make his only official appearance at this week's trade show, at least so far. Qualcomm is currently the only company providing processors for Microsoft's Windows Phone-based smartphones, and its Snapdragon chips are also inside some Windows RT tablets.

Today, in a press briefing at CES, Venture Beat reports that Qualcomm CEO Paul Jacobs was asked if Windows Phone could truly compete with the two smartphone leaders in Apple's iOS and Google's Android. Jacobs stated:

It’s too early to call the game one way or another. I never count out Microsoft out because they’re willing to put a lot of effort into things, they play the long game, they’ve got a lot of resources, they have a lot of benefits in the sense of tie-ins to enterprise software and Xbox.

Qualcomm clearly wants to be in business with Microsoft, both with its smartphone plans as well as its Windows RT-based tablet products. The chip maker certainly seems to believe there's lots of room in the smartphone industry for a rival to iOS and Android, and it wants to be on the ground floor should Microsoft become more successful in this particular field.