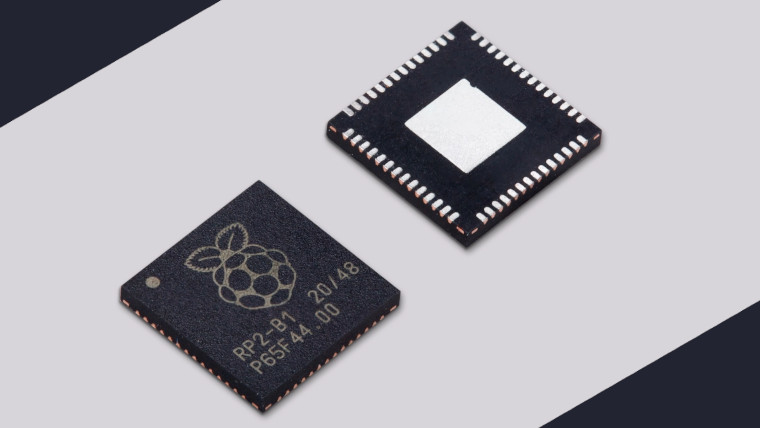 The Raspberry Pi Foundation has announced the availability of the RP2040 as a standalone product at just $1 apiece. The chip was designed by Raspberry Pi and made its debut earlier this year with the launch of the Raspberry Pi Pico microcontroller which also had the low price of just $4.

The Raspberry Pi Foundation describes the RP2040 as the perfect mid-range microcontroller that stands out in three ways; having two fast CPU cores, plenty of RAM, and flexible I/O. The RP2040 comes with two ARM Cortex-M0+ cores clocked at 133 MHz which allows code to run in parallel with hardware supervision and there’s 264KB of RAM so you don’t need to spend time optimising your code. 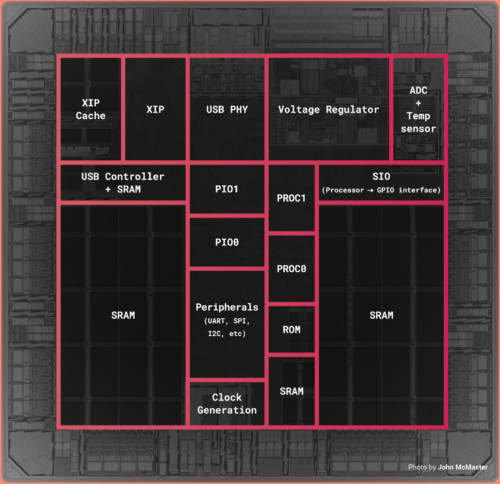 “We provide all the usual interfaces: hardware UARTs, SPI and I2C controllers, USB 1.1, and a four-channel ADC. But it’s the programmable I/O (PIO) subsystem that makes RP2040 stand out, enabling software implementations of protocols including SDIO, DPI, I2S, and even DVI-D.”

To put the hardware on sale now, Raspberry Pi decided to take 40,000 RP2040 units out of the supply chain to sell as individual units. In the Autumn, many more RP2040’s will be available for purchase but it needs time to clear the Pico backlog and scale up RP2040 production.

If you’d like to get your hands on the RP2040, head over to the product page and hit ‘Buy now'. You will see a list of approved resellers that sell the product. Depending on the reseller, you may only be able to buy the RP2040 in bundles.