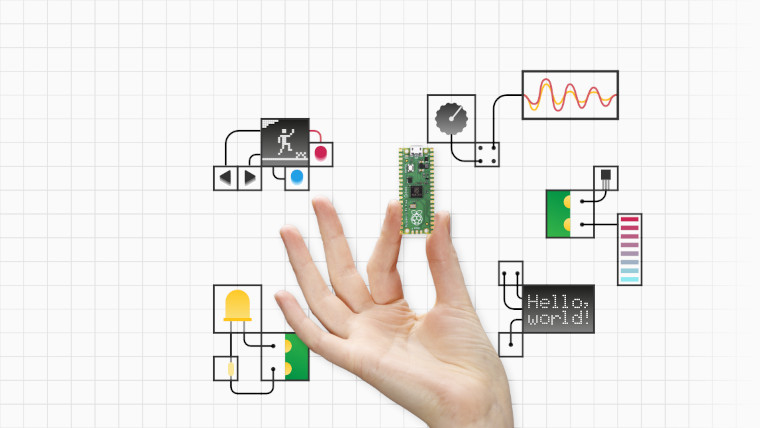 The DIY computer firm Raspberry Pi has announced its first microcontroller-class product, the Raspberry Pi Pico. The company said that the new $4 product is based on the RP2040 chip which it developed and that it’s ideal for “deep-embedded development” or as a companion to your Raspberry Pi computer.

The new microcontroller is available for purchase now from one of Raspberry Pi’s approved retailers which can be found over on the product’s page. Alternatively, you can buy a copy of HackSpace #39 which comes with a free Pico as well as guides and tutorials that you can follow along with to put your new hardware to use.

Discussing the RP2040, Raspberry Pi said that it had three design goals: high performance, flexible I/O and low cost. The Raspberry Pi Pico was described by the company as the RP2040’s “low-cost breakout board” and pairs the RP2040 with 2MB of memory. The specs for the Pico are:

If you’re a beginner wondering what to do with the device, the Pico Getting Started page can help you to begin writing MicroPython and C code that can be executed on the Pico. The creator of MicroPython, Damien George, worked with Raspberry Pi to build a polished port for the RP2040 that exposes all of the chip’s hardware features. Support for RP2040 MicroPython was also added to the Thonny IDE by Aivar Annamaa.

If you’ve never bought anything from Raspberry Pi but you’re curious about their products, the Pico seems like a really good place to start with its very low price tag.