The EFO iPazzPort is probably not a device you have heard about, or at first glance would even inquire further about it. However, the product actually is a very solid and useful tool for presentations, teachers, or a substitute for having a full size wireless keyboard and mouse to control the computer across your room. 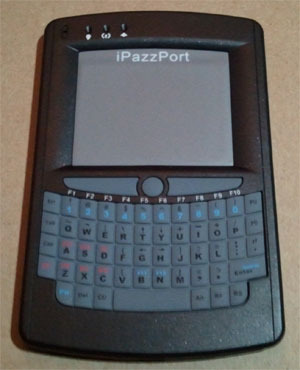 The iPazzPort is, as EFO puts it on their website, a "Multi-touch Bluetooth Wireless Handheld Keyboard, Mouse, Touchpad, and Laser Pointer." That description is pretty much dead on, as it does all of those tasks and perhaps a bit more. The device itself looks much like a smartphone, showing a full QWERTY keyboard with media, function, and command keys, a left and right mouse button, trackpad, and a button for the laser pointer. First picking it up, it is an extremely light device and can make you wonder if this is an actual working unit or if it is just a plastic toy. After flicking the on-switch, the rubberized keyboard lights up in orange, assuring you that this is much more than a toy, perhaps even as much as a fantastic tool.

This unit shipped from China so it took a while to arrive and came with little-to-no instructions about how to actually make this interface with a device. Supported platforms include iPad, iPhone, Windows, Mac or Linux based PC, PS3, Xbox 360, Wii, or essentially any device that supports either a bluetooth keyboard or mouse. Tracking down the user manual on EFO's site wasn't difficult, and actually proved to be very helpful in the setup of the handset. After opening the user manual, the bluetooth keyboard was connected to the computer in seconds on Windows, simply by using the "Add a Bluetooth Device" wizard.

Windows 7 found and installed a driver just fine, and then stated that the device was ready for use. Trying out the trackpad first actually gave a nice surprise. This device works quite well, even in delicate movements of the cursor. The trackpad supports multiple gestures, ranging from simple tap-to-click to multi-touch functions. One thing that was noticed while testing was that sometimes movements can tend to be a little jerky when directing from the device, specifically the scrolling of pages, and that if your hands are prone to sweatting that you may have issues using some of the multi-touch functions like scrolling. In most cases, this did not prove to be an issue in the slightest. 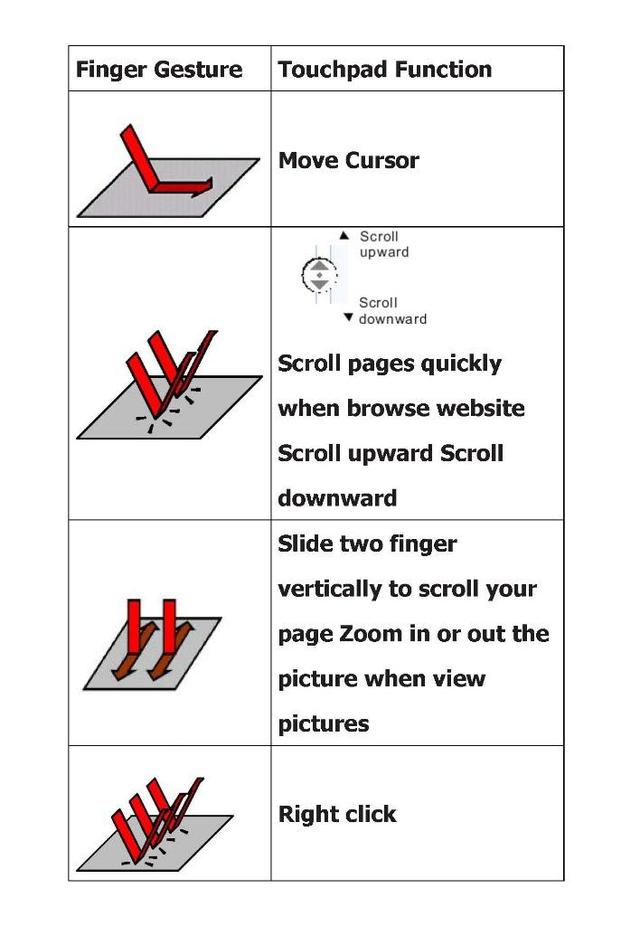 The small, smartphone-esque, rubberized keyboard is actually really well designed and a pleasure to type on. With that being said, there are a few issues and confusing bits to the keyboard. Typing an upper-case letter requires you to press the "Cap" key on the keyboard, which then switches on Caps Lock mode instead of acting like a Shift key. This can get quite annoying when trying to type out simple sentences, having to press "Cap", the desired starting letter, then "Cap" again to allow you to continue in lower-case.

Another small issue is that the keys are not properly color-coded. Three colors exist on the board, orange, black, and blue, each with a corresponding key to activate that color. Black keys are typically able to be used simply just by typing on them, for example the letters are in black so you expect that you can just type them and they will come out, which does happen. However, the numbers are listed in light blue leading one to think that they must press the blue "Fn" key in order to get a number, instead you accidentally end up activating the function keys like F1. Also, to change into the symbols, which are written in black, you need to press the orange "Sf" key which only at first appears tied to the media keys.

Once you figure out how to work with the keyboard though, it is a breeze to use, especially knowing that you don't have to lug around and find a flat surface for a full-sized wireless keyboard. This also includes a wonderful laser pointer that actually is quite prominent.

This is a neat device that could have a lot of use for teachers as they walk around the classroom, or for someone giving a presentation that might need to demonstrate more than what is just contained on a slide. Home users will also find a use if they have their computer hooked up across the room and don't have a place for a full-sized keyboard and mouse, or if they wish to use it more like a remote. iPazzPort features a great keyboard, although the colors aren't quite right and typing sentences with capital letters can be an odd process, nice trackpad, laser pointer, and two-week battery life.

The device retails for $65 at EFO's website and is a neat tool with great potential if you can get over the quirks that come along too.