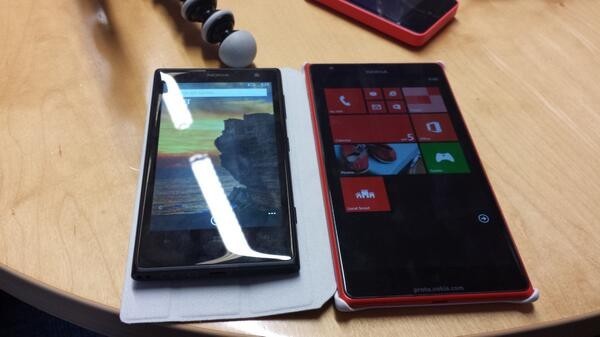 While we wait patiently for Nokia to officially announce its expected press event for the 6-inch Lumia 1520, a new report claims that the next Windows Phone from the folks in Finland will have a very large battery indeed.

WPCentral reports, via unnamed sources, that the 1520 will have a 3400 mAh battery inside, which would be the largest battery by far for any phone in the Lumia family. This seems logical since it has to power such a huge display. By comparison, the recently announced 5.7-inch Samsung Galaxy Note 3 will have a 3200 mAh battery when it launches later this month.

The same story from WPCentral also claims that the 1520 will have four microphones, in part to help when the device is being used simply as a phone. In addition, the smartphone is described by its source as "really thin, but it has some weight to it."

While Nokia is expected to announce the 1520 late in September, the actual launch of the smartphone is rumored to occur sometime in November. That's also supposed to be the case for the rumored Windows RT tablet from Nokia and both devices are reportedly debuting in the U.S. exclusively on AT&T initially.