Last month, Samsung launched its fall flagship smartphone - Galaxy Note9. The smartphone, which is currently available in Lavender Purple and Ocean Blue colors in the US, will soon get a new Silver color variant. 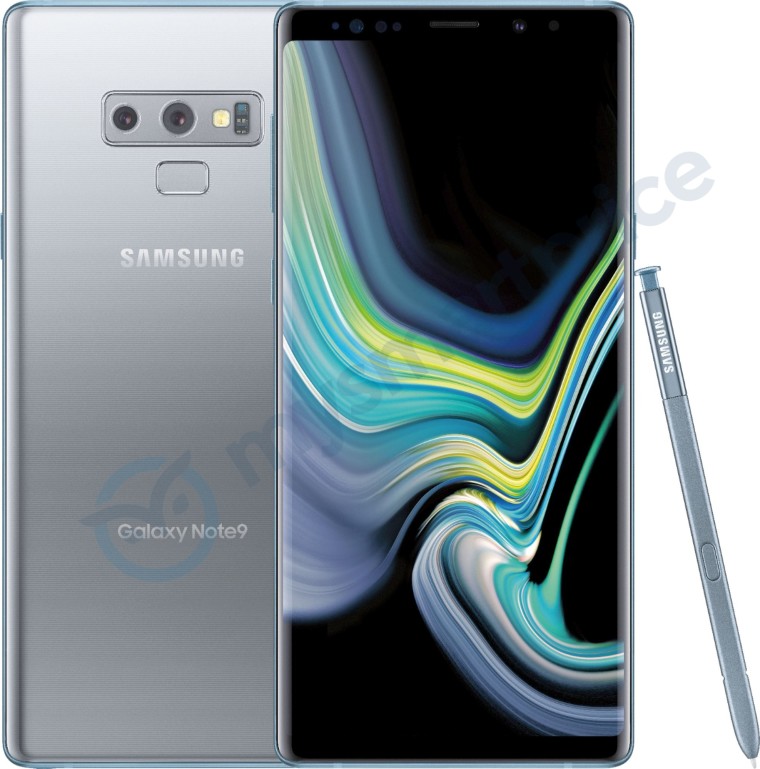 According to a report from MySmartPrice, Samsung is all set to announce a new Silver color variant of the Galaxy Note9 in the US. The color is quite similar to that of Arctic Silver that Samsung introduced for the Galaxy S8 and S8+ launched last year.

The leaked render of the phone shows that along with the Silver-colored Galaxy Note9, the accompanying S-Pen will also have the Silver hue instead of neon yellow. We don't expect to see any change in terms of specifications and pricing.

The Galaxy Note9 features a 6.4-inch Super AMOLED 1440p display and is powered by Qualcomm Snapdragon 845 SoC. It comes with 6GB or 8GB of RAM and 128GB or 512GB of internal storage. It has a 12MP dual rear camera and an 8MP front-facing snapper. Running on Android Oreo-based Samsung Experience UX, the device is fueled by a 4,000mAh battery.