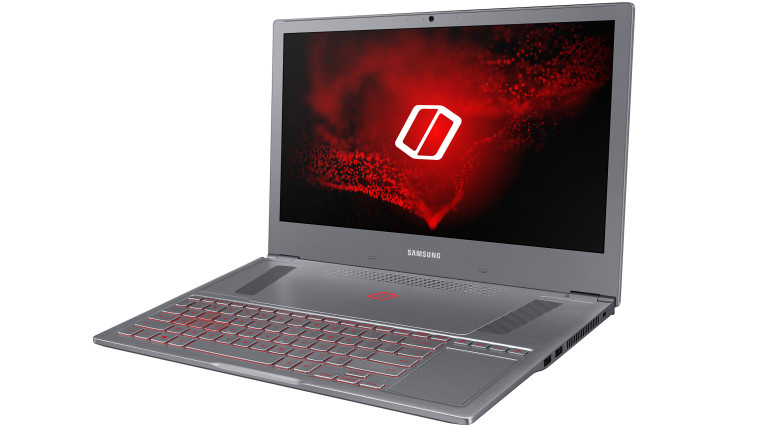 Samsung has announced its new Notebook Odyssey Z gaming laptop in Beijing at an Intel event. The new device was premiered at the event because it’s loaded with Intel’s new 8th gen Intel Core i7 processor. The Notebook Odyssey Z will be released in select countries, including Korea and China, in April and will arrive in the U.S. in Q3 2018.

The specifications for the device are as follows:

With the laptop being oriented towards gaming, the device will get hot pretty quickly, for that reason, Samsung has thrown in the AeroFlow Cooling System which contains three key components:

“[T]he Dynamic Spread Vapor Chamber, the Z AeroFlow Cooling Design and the Z Blade Blower. They’re all built to keep the Odyssey Z cool in the heat of battle, whilst remaining lightweight and portable, so you can take those powerful gaming experiences with you, wherever you need to go.

The custom designed Dynamic Spread Vapor Chamber is an intelligently made airflow, which covers both GPU and CPU from edge to edge for optimal heat management, so you can game at full performance with peace of mind. The Vapor Chamber is aided by Z AeroFlow Cooling Design, to efficiently push the cold air to the hottest parts of the device above and below simultaneously, whilst expelling the warm air out from the vents. Two built-in Z Blade Blowers add sophistication to the Odyssey Z’s thermal architecture, ensuring a sweat free gaming session.”

The Korean firm boasted that the GeForce GTX 1060 Max-P graphics card is capable of 10% more “graphics power” than the 1060 Max-Q graphics, ensuring the best visuals. It also stated that the powerful processor is also useful for hi-res video edition and 3D rendering.

Samsung did not announce the pricing of the device in the different regions that it’s launching in.