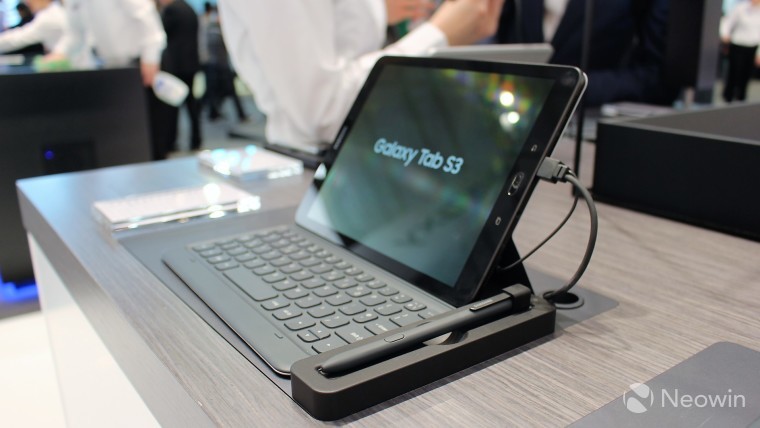 Even though Samsung opted to skip unveiling its Galaxy S8 handsets at last year's Mobile World Congress (MWC), the company did unveil its flagship tablet offering in the form of the Galaxy Tab S3. And it would appear that Samsung is once again planning to refresh its tablet lineup at MWC with a device reported as being the SM-T835, suggesting it could be the Galaxy Tab S4 tablet, seeing as last year's Tab S3 was the SM-T820/SM-825, if leaks on GFXbench prove to be the real deal. 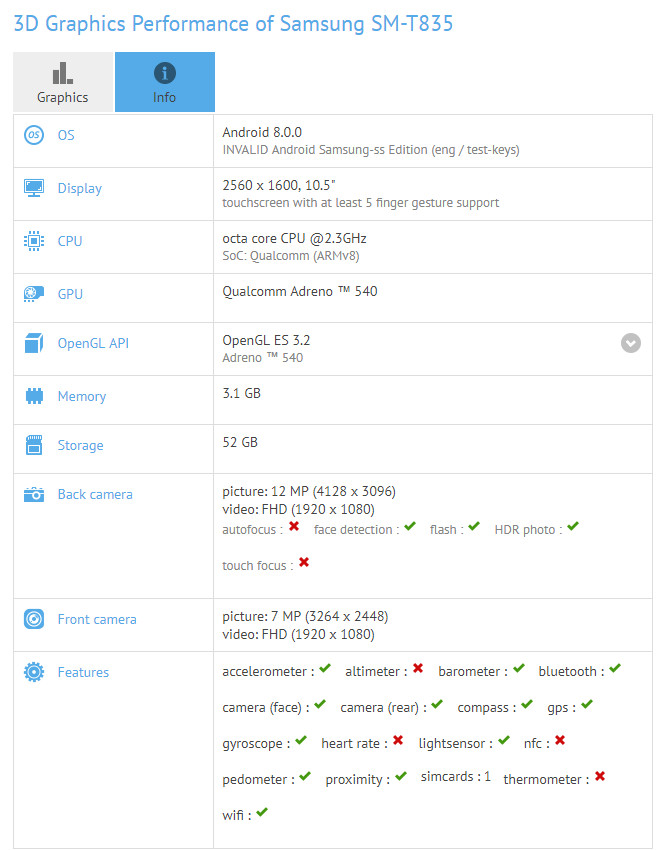 The above SM-T835 GFXBench listing shows that the tablet features a 10.5-inch Super AMOLED display, supporting a resolution of 2560x1600 pixels. It also includes a 2.3 GHz octa-core processor with Adreno 540 graphics under the hood, indicating that it will be powered by the Snapdragon 835 SoC.

4 GB of RAM is present, with a native storage of 64 GB. For photography, it is likely to arrive with a 12-megapixel rear-mounted camera. with an 7-megapixel shooter around the front. It will also come with Android 8.0 Oreo preloaded. The above-leaked specs suggest that the Galaxy Tab S4 could be the most powerful tablet to date from the company.

In addition, Gizmochina reports that it'll come with AKG tuned speakers, and support for S Pen stylus and a keyboard, however no pricing or availability is known at this point. If we go off last year's announcement of the Tab S3, it didn't start shipping until April, or around two months after its announcement at MWC 2017 for $599.99 for the WiFi-only version.