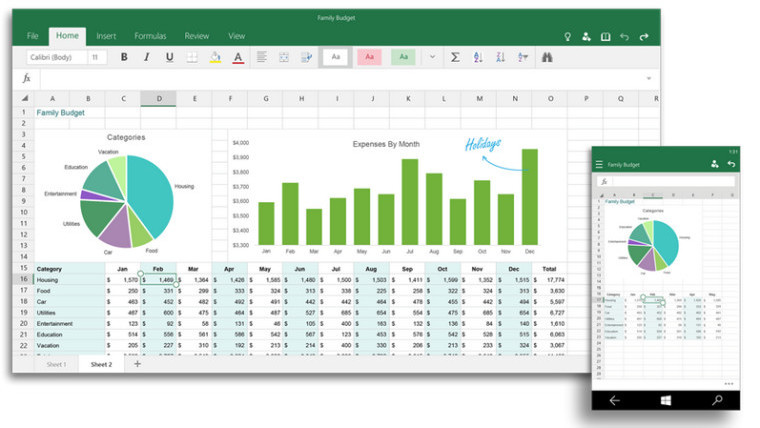 Microsoft Excel has been blamed for systemic errors in science papers, thanks to the software’s tendency to auto-format data, and “correct” some of it. Scientists analyzed over 3,500 published scientific papers and found over 700 of them, around 20%, contained errors attributable to Excel.

The researchers in question, writing for the Australian Baker IDI, focused on papers related to genetics where Excel auto-formats data to the detriment of all. Since genes, and science in general use specific symbols and notations not generally found in day-to-day life, Excel has a hard time with the data. One example the researchers gave is how Excel changes gene names, like SEPT2 (Septin) to a date, September 2. This auto-conversion issue is rampant throughout scientific papers, that are often accompanied by data dumps in Excel.

However, Microsoft explained that Excel is designed to deal with the most common data formats, and that altering its settings will lead to better results in cases such as these. And the scientists agree. Speaking to the BBC, Ewan Birney, direction of the European Bioinformatics Institute, explained he doesn’t blame Excel or Microsoft, but his fellow scientists.

Problems such as these, explained Birney, have been known to the scientific community for more than a decade. The academic community seems to have highlighted this issue in Excel way back in 2004, but since then, errors in scientific papers have simply gone up “at a rate of 15% per year”.

Of course this isn’t the first time our technology in general, and Excel specifically, has been implicated in leading science astray. Back in 2013, a rather infamous economics study, known as “Growth in a time of Debt”, by Reinhart and Rogoff, was debunked when it was revealed that the influential paper had used a wrong formula in Excel.

Still, while Microsoft make continue to make Excel easier to use, it’s clear that scientists, just like the rest of us, should be better equipped to use our modern technological tools.