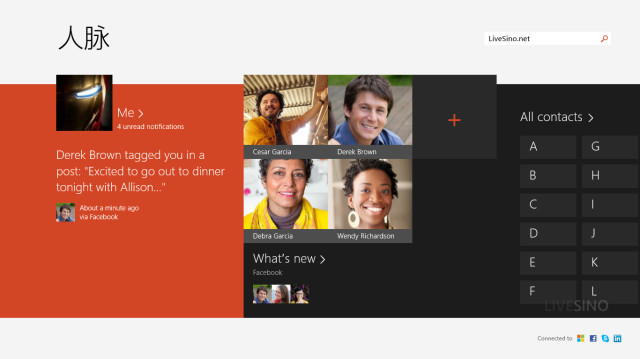 The Chinese language site Livesino.net shows that the People app will get a UI makeover, detailing that clicking on a contact's first letter will change the look of the filter. There will also be a search box inside the updated People app and the contact page for each profile will also get a new look. 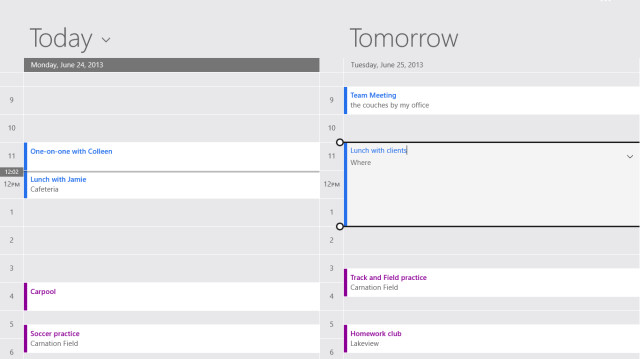 In terms of the Calendar app, there's little difference in terms of UI changes, but the article does say that it will include a "What's Next" feature that will show the next series of events on the calendar.

The Mail, People and Calendar apps will be updated with new features when the final version of Windows 8.1 is released later this year. The Messaging app, which is grouped with those other three apps in Windows 8, will be retired in Windows 8.1 in favor of Skype.