Sea of Thieves, the long-awaited pirate adventure game launched last week on both Xbox One and Windows 10. Not only could eager fans buy the title outright, but thanks to Microsoft adding it to its Xbox Game Pass subscription service on day one, it gave those who could stomach the 19GB download the ability to do so. However, due to the aforementioned fact, some doubts were cast about the actual sales success of the title, since many could just sign up for a free 14-day trial of said subscription to try it out. 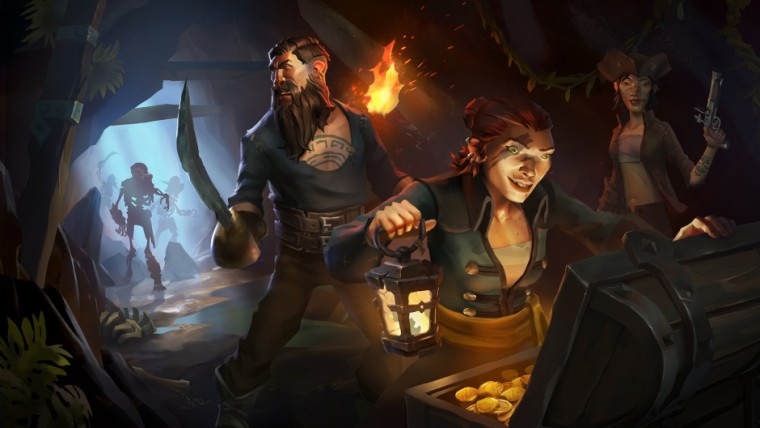 Well, those fears were cast aside, after GfK Chart-Track released its retail sales chart for titles launched in the prior week. Sea of Thieves grabbed the number one spot for the week in the UK, followed by A Way Out - the two-player action adventure game -, and Ni No Kuni II: Revenant Kingdom. Assassin's Creed Rogue Remastered came in at the fourth position, with Burnout Paradise Remastered dropping down to number six after spending its time at the top spot. As expected, Grand Theft Auto V spent yet another week in the top ten, as it has done since its launch back in 2013.

The top-selling games for the week up to 24 March in the UK are as follows, but note that this does not count digital copies:

﻿Rare also pointed out that Sea of Thieves had been played by over one million unique players during its first 48 hours. Our full review will be published in the coming days, after we spend enough time battling ghostly skeletons and the dreaded Kraken.

The game is currently available on Xbox One, and Windows 10 online or at your local retailer. Beyond that, Sea of Thieves forms part of the growing library of games available through Xbox Game Pass which can be purchased here. Microsoft also launched a bundle, which includes the title with the Xbox One S.