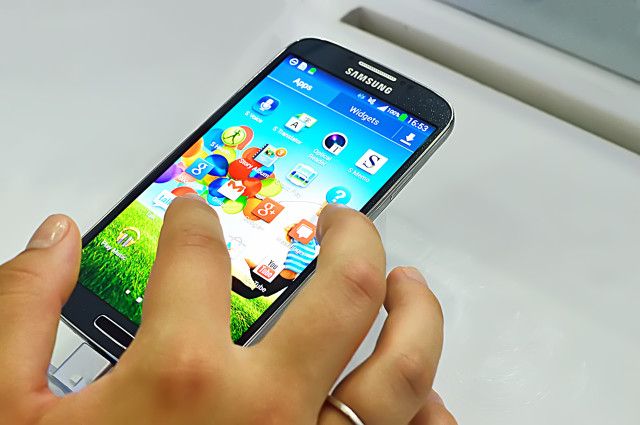 According to the Wall Street Journal, the security platform for Samsung's Galaxy S4 smartphone suffers from a vulnerability that could allow malware programs to track emails and record data communications. Researchers at Israel's Ben-Gurion University of the Negev say that earlier this month they discovered the flaw, which affects phones with the new Knox platform for government and corporate clients.

Researcher Mordechai Guri told the Wall Street Journal that the vulnerability could allow a hacker to easily intercept secure data communications on Samsung Galaxy S4 smartphones with the Knox platform enabled. This prompted a statement from Samsung, which noted that they were looking into the claims, but maintained that "the core Knox architecture cannot be compromised or infiltrated by such malware". The Knox platform isn't preloaded on the Galaxy S4, and despite being preloaded on devices such as the Galaxy Note 3, the researchers have said that the problem only affects the S4 smartphone.

This news comes shortly after Samsung has made moves to bolster their security features, including rumors that the Galaxy S5 smartphone would feature eye-scanning technology. The phone maker, which shipped 81.2 million units in the third quarter of 2013, has been looking to increase their market share by acquiring security contracts with government and corporate entities. A spokesperson for the U.S Department of Defense stated that while the government doesn't comment on possible security vulnerabilities, no device would be used by the Pentagon until it was proven secure -- and added that while the Department of Defense purchased 500 Galaxy S4 units for testing as part of a 'pilot program', the Knox security platform for Samsung devices has not yet been approved for use on Pentagon networks.