Microsoft's Skype team today announced a massive redesign of its app for iOS, which the company says is now its "most refined version yet". The app is more than just an update - Microsoft says that it has completely rewritten this latest version "from the ground up". 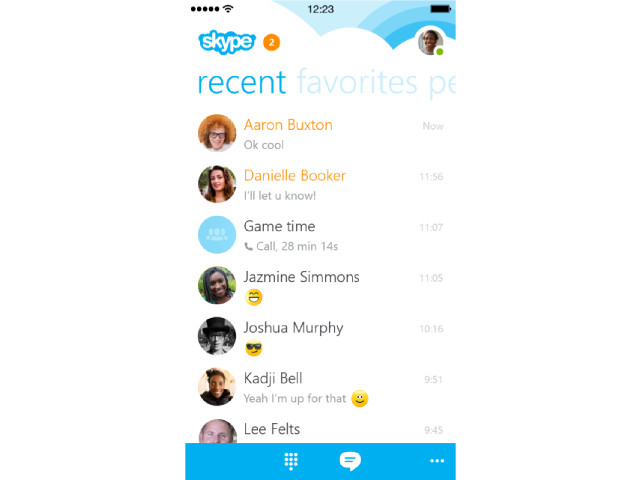 At first glance, given the new design of the iOS app, you would be forgiven for thinking that you were looking at a Windows Phone screenshot. Microsoft isn't playing coy about this either - it says that the new UI for its iPhone app has been introduced to ensure that it "shares a consistent look and feel with the Windows Phone and Android apps, while still optimizing for iOS's unique strengths." 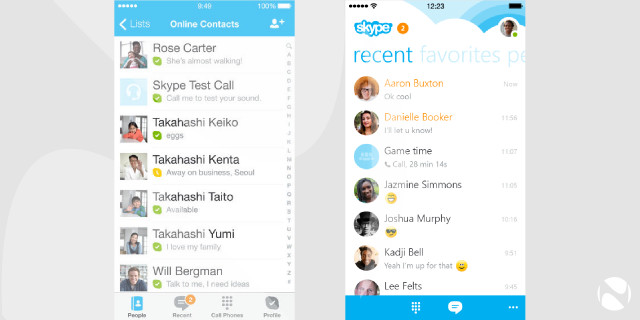 Compare the old UI with the new and you can see that this latest version is quite a departure from what came before, but the changes are more than skin deep. Microsoft says that Skype 5.0 for iPhone is now five times faster than its predecessor, and considerably more fluid in its animations and transitions. It adds that its new UI pop-ups, smoother scrolling and improved animations have not come at the expense of overall performance or handset battery life.

Users can now start group chats from the hub too, and you can send messages to offline users as well, which they'll be able to pick up the next time they can connect.

Perhaps most significantly, Skype says it has made improvements to the notifications system - a point of some contention for many users (and not just on iOS). Microsoft assures users that its notifications are now "smarter", adding that "as you read your messages on your PC, tablet, Xbox and so on, those conversations will be marked as read (or unread if new messages come in) on your iPhone too."

Skype 5.0 for iPhone launches worldwide "in about a week" and a new version is also in the works for iPad - although Microsoft hasn't yet announced when that is expected to arrive. For now, check out the video preview for the new iPhone app below: