Flexible display prototypes are nothing new, and some of the biggest names in the tech world have been showing them off for some time now. Despite so many demos and previews of these technologies, however, we've been hearing that devices with flexible displays are 'coming soon' for years and years, but we're still waiting to see devices with such screens become widely available.

Nokia is no stranger to this technology, having shown off a working prototype of its HumanForm flexible device back in 2011. While the Finnish company sold its devices business to Microsoft earlier this year, it retained its research and development operations under the Nokia Technologies group, and one area of its ongoing research efforts is focused on display technologies. As Nikkei Technology reports, the company recently showed off its latest developments in that field at a conference in San Diego, California. 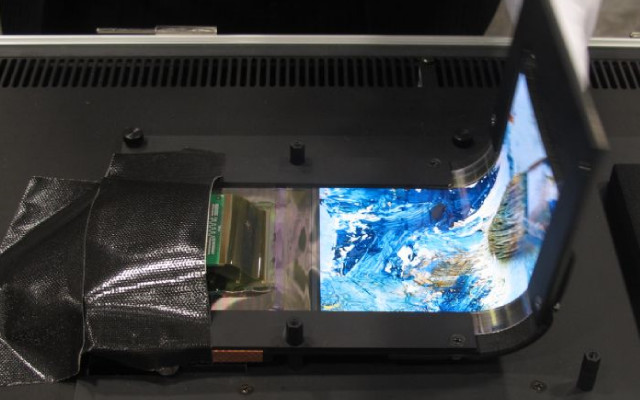 Nokia has been working with two hardware partners on its display R&D - Semiconductor Energy Laboratory Co Ltd (SEL), and SEL subsidiary Advanced Film Device Inc. The companies showed off two variants of their new flexible display tech: one that can be folded in half, like a book (shown above); and the other which can be folded into three distinction sections (below). 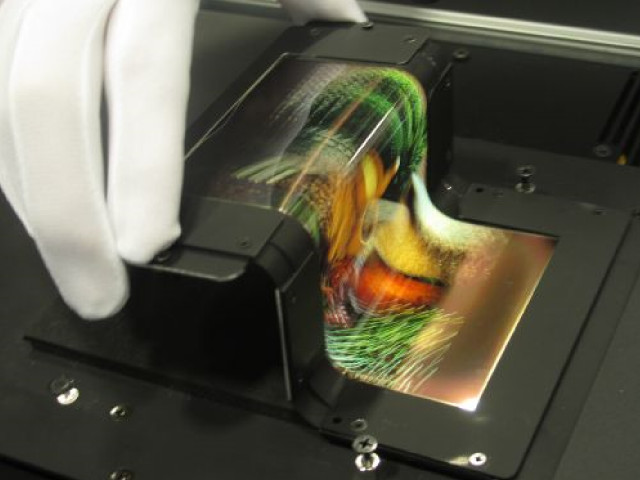 When fully unfolded, the displays are 5.9-inch OLED (organic light-emitting diode) panels with HD (1280x720px) resolution, and a pixel density of 249ppi: 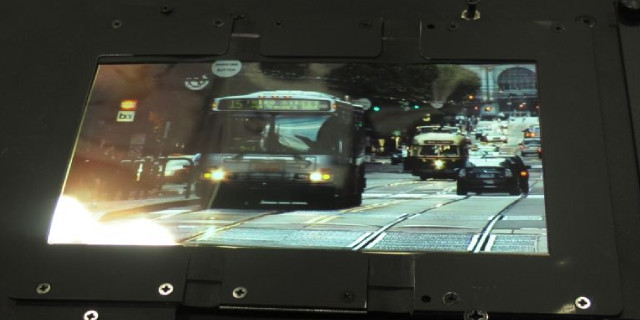 The 'book-type' display can be folded up to a curvature radius of 2mm, and the 'three-fold' display to a radius of 4mm, and in their current form, both can be bent up to 100,000 times while still functioning fully. Both display variants can be folded while switched on and showing video or other content. Further technical details regarding the construction of the displays, along with a few extra pics, are available over at Nikkei Technology. 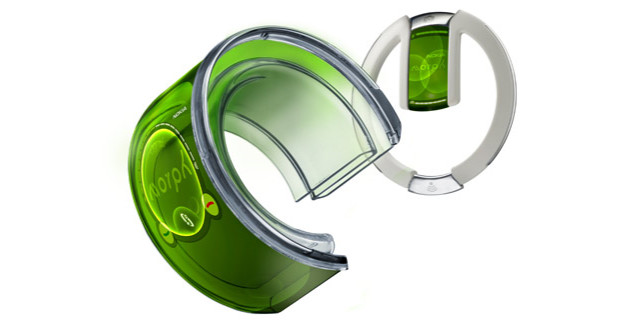 The development of flexible display technology continues to fuel excitement about a new generation of more exciting devices, such as Nokia's 'Morph' concept, shown above. Unveiled in 2008, the device was envisaged as a showcase for nanotechnology in consumer devices, with the ability to bend into various shapes - being held like a 'conventional' candy bar for running apps, curved into a 'banana' shape for calls, or even being wrapped around a wrist as a wearable device.