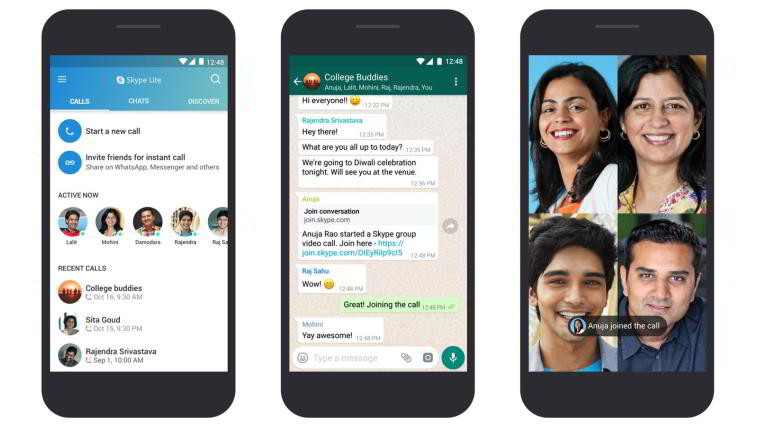 If you got your iPhone X when it launched and were anxious to try Skype, you found that the popular communications app had not been optimized for the new device yet. Microsoft has finally remedied that with the release of version 8.12 on the App Store.

While adding support for the top-of-the-line iPhone, the update has also given Skype a new design, which has been available to Skype Insiders for a while now. The change eliminates the Pivot UI, adding a new nav bar that allows quick access to chat, calls, camera, contacts, and highlights.

Here are the full patch notes, limited as they may be:

Not that this is just for iPhones. There has not been an update for Skype on iPad since May, so it is unclear if the new design will make its way to Apple's tablets or even Android devices anytime soon. So iPhone users can at least enjoy the exclusivity for a bit.