This morning, Microsoft decided to start the tech news cycle a little earlier than usual by announcing that it has now sold 100 million licenses for Windows 8, a number which on the surface (no pun intended) is about the same amount as Microsoft sold for Windows 7 during the same time period. The company announced in March 2010 that 90 million Windows 7 licenses have been sold, and in June 2010 it revealed that number increased to 150 million licenses.

So everything should be running on all cylinders as far as the Windows division is concerned, right? Well, Microsoft might be selling a lot of Windows 8 licenses but underneath that 100 million number, there are two facts that are still troubling. One is that Windows PC shipments as a whole have been declining, with no indication that they will be growing anytime soon. 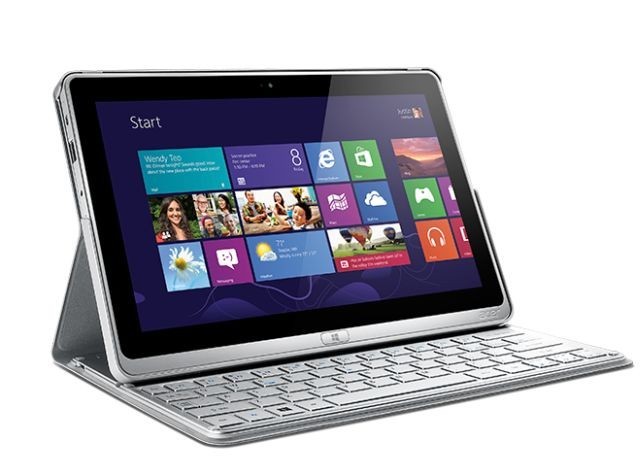 The other, and perhaps more puzzling, fact is that the market share for Windows 8 is still growing much more slowly than Windows 7. Net Applications' latest numbers for April 2013 show that Windows 8 was installed on 3.84 percent of all PCs worldwide, seven months after its launch. In April 2010, that same research group showed that Windows 7 had 11.94 percent of the PC market share, again seven months after its official release.

The evidence seems to point to the fact that while Microsoft is still selling a lot of Windows 8 licenses to PC OEMs, not many of those licenses are actually being used by the general public at the moment. There have been many reasons that have been given to explain the slow growth of Windows 8. The current high price of touchscreen-based PCs is one of them, as is the fact that many people and businesses simply don't want to upgrade from Windows 7 to Windows 8. Heck, we have noted that the 11 year old Windows XP still has a sizable user base even as Microsoft is urging people to ditch it before it ends its support in less than a year.

There's only one real way to know how many working Windows 8 PCs are actually out there in use on this planet; Microsoft almost certainly has online records that note when a new version of Windows 8 has been activated. Unfortunately, the company has never bothered to state just how many Windows 8 PCs have actually gone live. Indeed, there's been no such numbers revealed for any of Microsoft's previous versions of Windows.

Instead we have to make guesses, based on sales numbers given by third research firms like IDC and Gartner and online data collected from websites monitored by Net Applications and StatCounter. All of these companies use incomplete data for their reports. There's no doubt that Microsoft has far more complete numbers on Windows 8 sales but tt simply isn't interested in offering them to the public.

That doesn't seem to be an issue for Google. The company has regularly offered up activation numbers for Android-based devices. Less than a month ago, Google chairman Eric Schmidt revealed that the company has been seeing 1.5 million new Android activations every day and that he expects the total number of activated Android devices to go up to a whopping one billion worldwide by the end of 2013.

It's too bad that Microsoft doesn't feel the need to offer similar information when it comes to Windows 8. It certainly would give a more complete picture of the status of Windows 8 than the numbers the company has currently offered to the public. Hopefully that kind of information will be made during the BUILD conference in June. In the meantime, the 100 million license number, while still impressive, will feel a bit hollow.