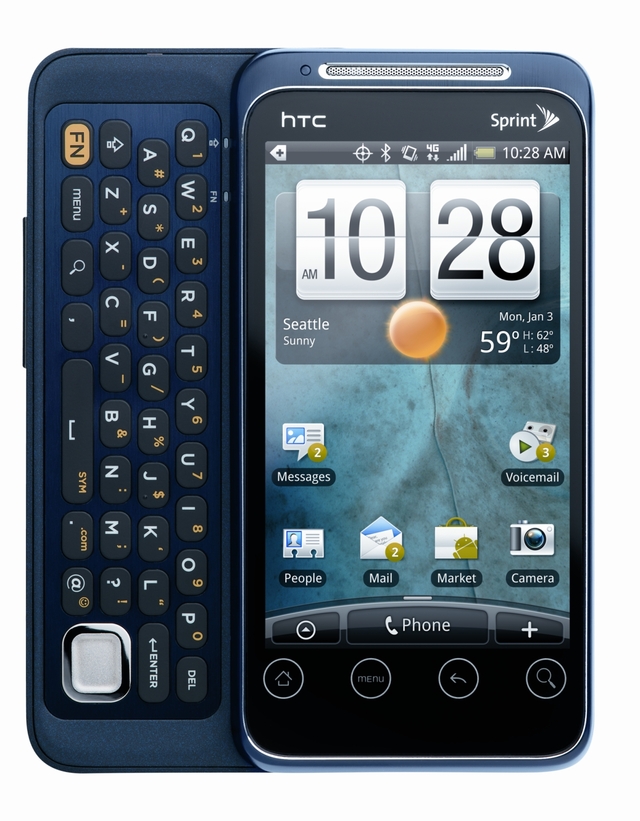 With CES kicking off this week, and Sprint not holding a major conference, it has announced its latest editions to its 4G portfolio this morning. Sprint has finally taken the wraps off of its HTC EVO Shift and its new 4G Mifi, both of which were leaked some time ago.

The new HTC EVO Shift has, from the Sprint Press release " the highly acclaimed HTC Sense user experience, HTC EVO Shift also boasts the power of 4G, Android 2.2™, a 5MP camera, 720p HD camcorder and a 3.6-inch capacitive touchscreen display with pinch-to-zoom capability, HD Video Recording, microSD slot (supporting up to 32GB memory card)" and all of the other standard Android features for $149.99. The device will hit retail shelves on January 9th.

The next device unveiled is the MiFi 3G/4G Mobile Hotspot, from the Sprint Press release, the "MiFi 3G/4G Mobile Hotspot adds 4G accessibility, an external display with status indicators for battery, signal strength and number of connected devices, and shared storage capability through a MicroSD slot for up to a 32GB memory card. It supports Windows, Macintosh and Linuz [Linux] operating systems. " This device will go on sale for $49.99 on February 27th.