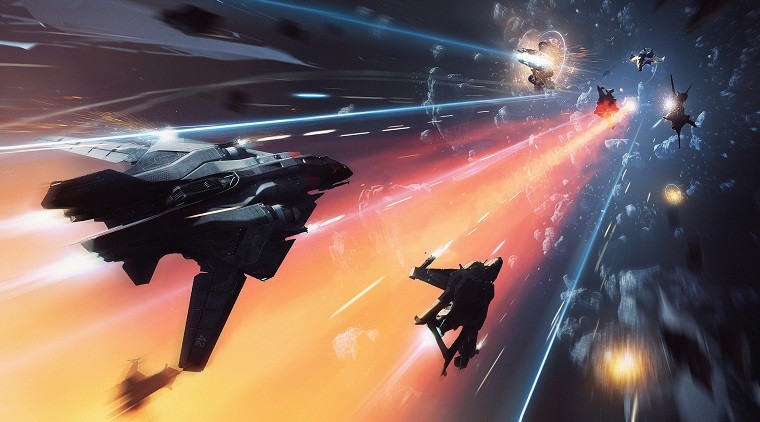 Cloud Imperium Games has released the Alpha 2.6.2 update for their in-development space simulation game, Star Citizen. The update is carrying a new ship, a system for reduced loading times, along with other changes, and acts more like a general bug fixing update than a major content drop.

It was recently announced that the game would discontinue support for DirectX and switch to the Vulkan graphics API, but this isn't the update implementing said change, so that's something to keep an eye out for in the future.

Up first is the new Mega Map feature. You can watch a detailed explanation by the developers here at 14 minutes in, but to put it simply, it's a new data streaming method that will supposedly remove all the lengthy loading times of the game. For now, the update is only introducing the feature to Arena Commander and Star Marine game modes, however, bringing this feature to ﻿all systems of Star Citizen is on the cards.

The heavily armed Drake Buccaneer is the new ship this update has brought in, and whose introduction video seen above. The interceptor/fighter is described as a ship "built to hit above its weight-class" and "can be maintained in the worst of conditions in order to keep real, working space crews alive". Just like other ships in the game, the Drake Buccaneer is available for purchase through the official store to aid Star Citizen's development costs, coming at a hefty $110.

Other changes include support for monitors with a 21:9 aspect ratio, re-enabled TrackIR support, as well as lag reduction thanks to the replacement of a data handling system of CryEngine with new 'Serialized Variables'. The update page details this as "a considerably more lightweight means for handling update messaging on the network" which "reduces the risk of data being lost in caching or other processes – effectively reducing lag".

Finally, with the highlights out of the way, the full changelog containing bug fixes and balance tweaks for the game's dogfighting and FPS modules is available on the official website.