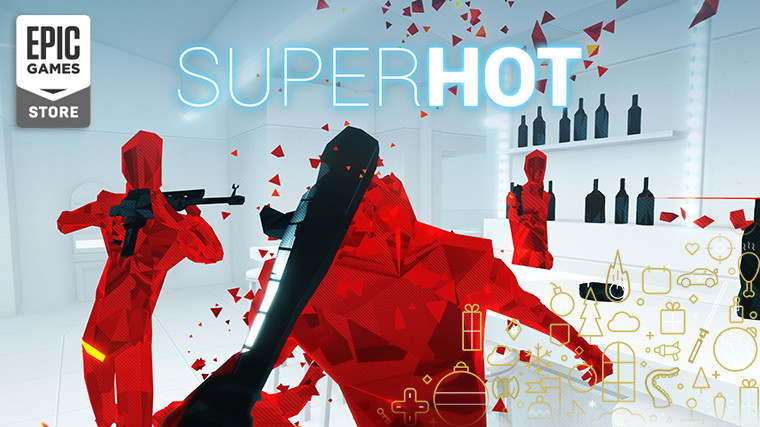 It’s day three of the 12 Days of Free Games event that Epic announced along with its holiday sale. Today’s free game is Superhot, taking the place of Towerfall Ascension.

Superhot is a game that follows traditional first-person shooter mechanics with players able to use a variety of guns and other weapons as well as tackle enemies with hand-to-hand combat, but there’s a twist to it: time only moves when the player moves. This introduces a strategic component to its gameplay, with players having to deliberate on their next move in slow-motion. Here’s how the Epic Games Store describes the title:

SUPERHOT is the first-person shooter where time moves only when you move. No regenerating health bars. No conveniently placed ammo drops. It's just you, outnumbered and outgunned, grabbing weapons off enemies to shoot, slice, and maneuver through bullets.

Epic Games Store is offering the title to players on Windows, but it’s also available for Linux and macOS over on Steam, where it is discounted to $9.99 at the time of writing. Here are the minimum requirements for the game:

If you wish to claim Superhot, you can find its store page here. As a reminder, Epic Coupon is also available here during the holiday sale, offering $10 off on any game that’s above $14.99 and not a pre-order. Superhot will be available to claim for free until tomorrow at 11AM ET.