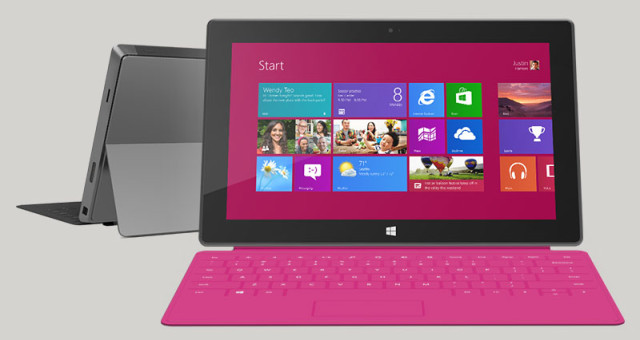 Microsoft's Surface tablet line has so far only featured tablets with 10.6-inch, 16:9 aspect ratio screens, though recent rumors indicate the company may be considering a 7.5-inch, 4:3 aspect ratio screen. At a recent event at a Microsoft Store in Seattle, the creator of the tablet appeared to hint those rumors may be accurate.

Speaking at a public event showcasing the new Surface 2 and Surface Pro 2 tablets, Panos Panay, corporate vice president of Microsoft's Surface team, said new form factors for the tablet line are in the works, though he didn't specify what form factors and sizes are being considered.

"We have a lot of great things that we are thinking about and working on, and there are multiple aspect ratios and sizes and awesome things to come from Surface," he said, according to a report by GeekWire. "That’s the best answer I have for you."

Previous reports indicated the smaller Surface tablet will feature a Qualcomm Snapdragon 800 processor, marking a departure from the NVIDIA Tegra chips found in the Surface RT and Surface 2. Though Microsoft has only worked with NVIDIA for its ARM-based tablets, Qualcomm is the exclusive partner for its Windows Phone products.