While NVIDIA may be pushing its Tegra line of mobile processors these days, it has not forgotten that the company started out as a creator of PC graphics chips. Today, NVIDIA revealed it is working with a number of PC OEMs to create a line up of powerful desktops that will all have then new NVIDIA GeForce GTX Battlebox brand.

Each GeForce GTX Battlebox performance powerhouse features GeForce GTX 780 GPUs in 2 and 3-Way SLI configurations, supported by overclocked Intel Haswell i5 and i7 CPUs, advanced cooling systems, high-speed DDR3 RAM to assist with overclocking, and the latest high-speed SSDs, which load the action in record time.

The new systems will also be able to run upcoming PC games such as "Assassin's Creed IV: Black Flag," "Batman: Arkham Origins," "Call of Duty: Ghosts" and others with full graphics options on 4K resolution monitors. 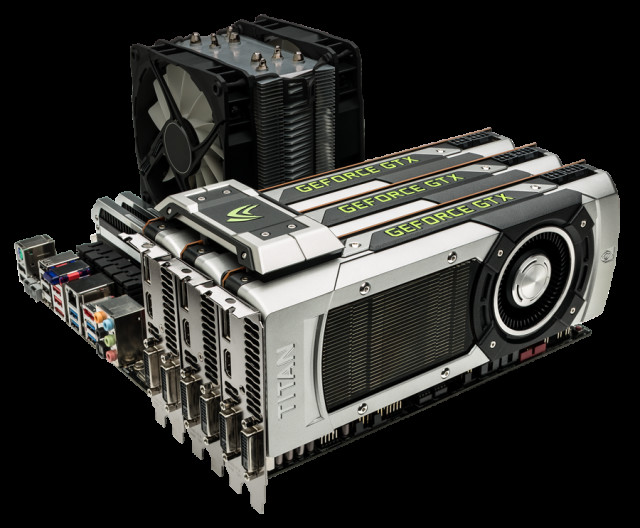 In addition, all Battlebox PC systems will have the exclusive on what the company is calling the SLI Bridge. NVIDIA says, "Themed to match the award-winning design of the TITAN, GeForce GTX 780, and GeForce GTX 770, the new SLI Bridge enables illumination of its GeForce GTX Claw logo, which perfectly matches the illuminated 'GeForce GTX' text on the GPUs themselves."

In the U.S, PCs with the GeForce GTX Battlebox brand are being made by Falcon Northwest, Maingear, Digital Storm and OriginPC. The GeForce UK website also lists a number of PC OEMs making Battlebox-approved desktops all over Europe. Be prepared to pay up to get your hands on these systems – the Battlebox version of Maingear's Shift PC will set you back about $2,300.