Like the original game, Far Cry 3 is set on a tropical island, this time found somewhere at the intersection of the Indian and Pacific Oceans. In typical TechSpot fashion, we'll be testing Far Cry 3's open world environment using 29 DirectX 11 graphics cards from AMD and Nvidia across all price ranges.

This new game is built using an advanced version of the Dunia engine called Dunia 2, which is said to feature new water rendering technology, a realistic weather system, advanced AI technology, a new animation system, realistic facial expressions, motion capture technology and global illumination -- many of which are made possible by the game's adoption of DirectX 11 and can only be experienced on the PC version. 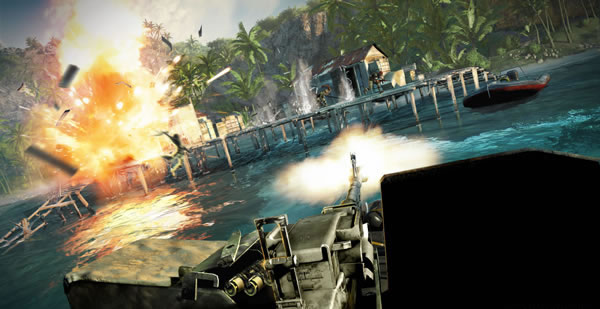 Based on the screenshots we saw leading up to the game's release, we were expecting it to be highly demanding and at least we hope that it can take advantage of the latest and greatest graphics cards and processors. If so, it would join a few other recent releases (namely Hitman: Absolution and Medal of Honor: Warfighter) that also managed to tax our high-end gear. Let's toast some silicon...