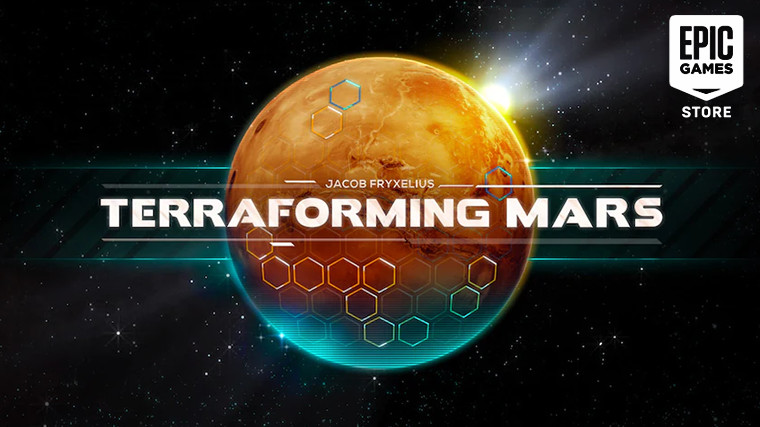 After many weeks of double giveaways, the Epic Games Store has returned to a single freebie format. This time it is a copy of Terraforming Mars that is awaiting PC gamers to grab, which replace Paradigm and Just Die Already from last week.

As its name suggests, Terraforming Mars takes you to the Red Planet for some tinkering with its atmosphere, temperature, and lack of water problems. Coming in as an official adaptation of the popular board game by Jacob Fryxelius, this PC version offers the same turn-based strategy experience.

Here's how the store page details the setting:

Corporations are competing to transform Mars into a habitable planet by spending vast resources and using innovative technology to raise temperature, create a breathable atmosphere, and make oceans of water. As terraforming progresses, more and more people will immigrate from Earth to live on Red Plane

Picking up Terraforming Mars without a sale would put you back $19.99. Here are the very modest minimum requirements:

You can grab a copy of Terraforming Mars and add it to your Epic library until next Thursday, May 12. It's a big week again next week though, as Arkane's Prey and the indie game Jotun: Valhalla Edition are incoming as freebies.