Earlier today The Daily web site ran a story that claimed Microsoft was closing to completing a port of Microsoft Office for the iPad. It even showed an image of what looked like the front page of the application running on Apple's iPad. Later, ZDNet reported that a spokesperson for Microsoft said that the image The Daily posted was in fact a hoax.

Now The Daily is defending itself via one of its team members. Peter Ha, the web site's tech and apps editor, posted up a note on his Twitter page that said, "For the record: the image that accompanies our Office for iPad story is not fake." 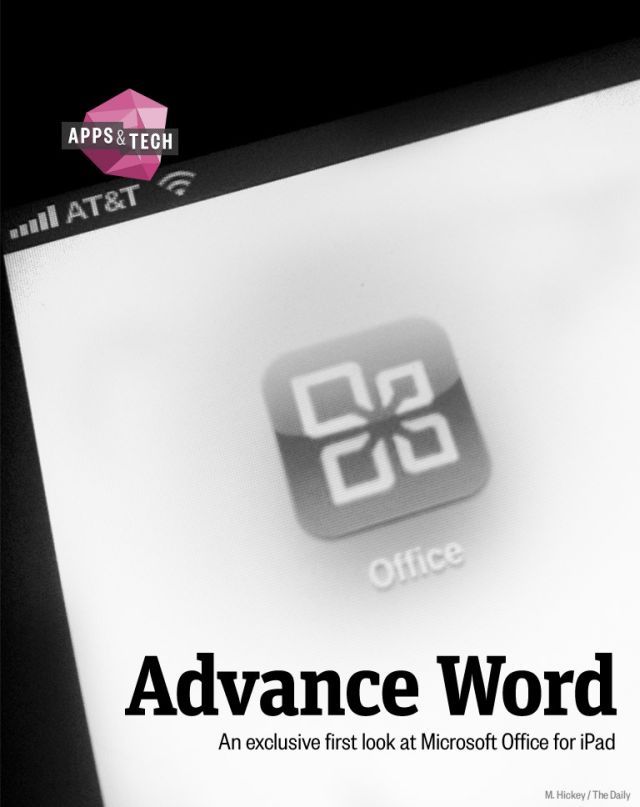 He also posted up a link to another image which seems to show the Microsoft Office iPad icon running on an AT&T version of Apple's tablet. Ha posted another message on his Twitter that said, "Want to dispute this one too, @microsoft?" He also responded to a Twitter message from ZDNet's Mary Jo Foley which said, "we did not fabricate either image. A working version of the app was demoed to us by someone at Microsoft."

It also sounds like this isn't the last we have heard from The Daily on this story. Ha posted yet another Twitter message that said, "If @Microsoft is pissed about what we published today on @Office for iPad, they likely won't be happy with our follow up."

Update - Microsoft's official news Twitter page has posted up a response, stating, "Great respect for The Daily but regrettably someone is giving them bad info, and that’ll be clear in the 'coming weeks.'"

Image via The Daily