Ever found yourself wanting to use Chrome, but your office is stuck on IE7? Google's Chrome Frame for IE let's you get the 'best' of both worlds, and it's finally starting to see roll outs in major enterprises that need to have access to both older apps and the bells and whistles of a modern browser, Wired reports.

Chrome Frame isn't new – it first appeared way back in 2009 as a way for to access Google's HTML5 powered Wave service – but it's found a new lease of life as a way for corporate users to access Google Apps and Chrome's faster rendering, without losing access to legacy applications that rely on IE7.

It isn't just the IT departments of these corporations that want to give employees a way around hopelessly behind the times policies. Users can take matters into their own hands, installing Chrome Frame on their own.

While Google isn't giving out any statistics on the adoption of Chrome or Chrome Frame by businesses, Alex Russell, an engineer who joined the Chrome team to work on the IE plug-in, says that many companies have made the move. Morgan Stanley is one of the companies that's currently in the process of adopting Chrome Frame.

“We want users on better browsers,” Russell said. “But when they can't move, for whatever reason, Chrome Frame turns into a viable alternative.” Better browsers, of course, refers to Chrome, the WebKit browser that Chrome Frame attempts to emulate for IE users.

Others have found what might be considered a more forward thinking solution in IE Tab. Rather than bringing Chrome to old versions of IE, IE Tab tries to bring IE to Chrome. Since most apps companies use will (hopefully) work just fine on newer browsers, IE Tab gives users all of the advantages of a newer browser while still letting them access legacy content when they need to. 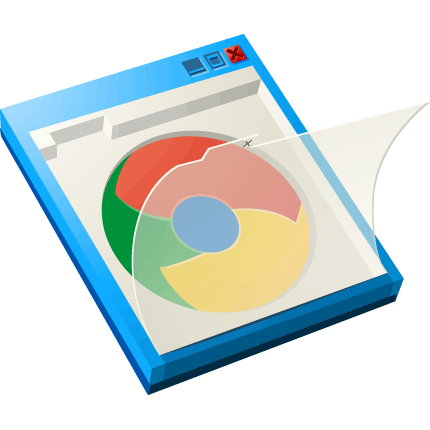 Unsurprisingly, Microsoft sees things rather differently. They regard Chrome frame not only as a threat to their IE platform, but as a security threat. Since Chrome Frame messes with the core functionalities of IE, it potentially opens the door to serious security threats.

Google shrugs off such concerns. “No one like being told their browser is deficient. Every browser vendor's first instinct when presented with evidence that users want something else is to try to catch up,” Russell said. “Microsoft wants its users to upgrade to a new version of IE.” It should be pointed out that that's actually a viable alternative; Microsoft's latest browser, IE9, offers robust support of web standards, and a compatibility mode to help it run legacy applications. Using IE9 offers many of the advantages of Chrome Frame, and a good layer of computability with older applications, but without the security risks inherent in a plugin that delves so deeply into a browser.

Ultimately, though, Google and Microsoft want the same thing, which is to move IT departments out of the stagnation they currently exist in. With some enterprises still relying on the ten year old IE6, they are leaving the door open to serious breaches of security, and increasingly locking themselves out of the modern web. Unfortunately for Google, some analysts, such as PCMag's Michael Muchmore, have suggested that Chrome is destined to become the next IE6.

Chrome's meteoric rise is disturbingly similar to that of IE6. Right now it offers a dazzling interface and robust support for modern standards, and that's exactly where the problem lies. Some websites are starting to support Chrome before other browsers, much as they did with IE6. This is nowhere more evident than in Google's own services, and it's the only reason for the existence of applications like Chrome Frame or IE Tab. Google has been lauded for their support of open standards before. We can only hope that they return to their roots and don't change that, because Google's standards are just that: Google's standards.