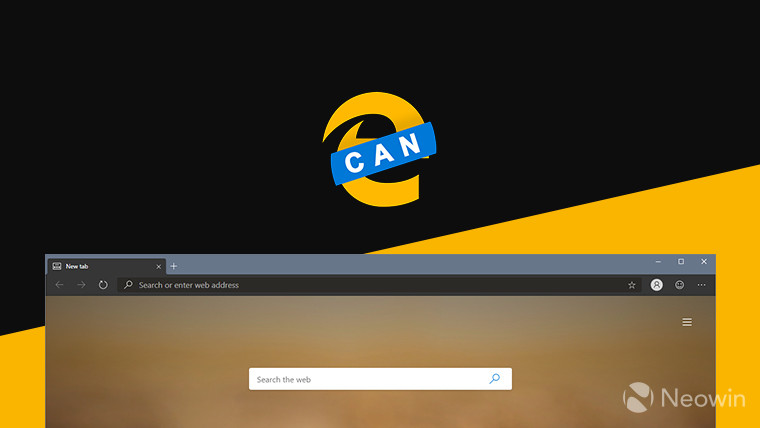 Dark mode was one of the most-requested features for the new Chromium-based version of Edge, and it eventually made its way to the public preview channels of the browser. However, it was only possible for Edge to follow whatever option you had chosen in your system settings, be it Windows 10 or macOS. This meant that, when the browser launched on older versions of Windows, dark mode wasn't supported, as it was dependent on a system setting that doesn't exist in those versions.

Now, that could be changing, as recent builds of Edge in the Canary channel, starting with 77.0.213.1, now provide an option to manually choose your preferred theme. As you'd expect, the option can be found at the top of the list in the Appearance page in the settings. By default, the browser will still follow whatever you've chosen in your operating system's settings, something that the old version of Edge strangely didn't do.

Since the feature was only now added to the Canary channel, it shouldn't make its way to the Dev channel until next week. Nonetheless, it should be good news for those who don't necessarily want Edge to match the rest of the OS theme options.