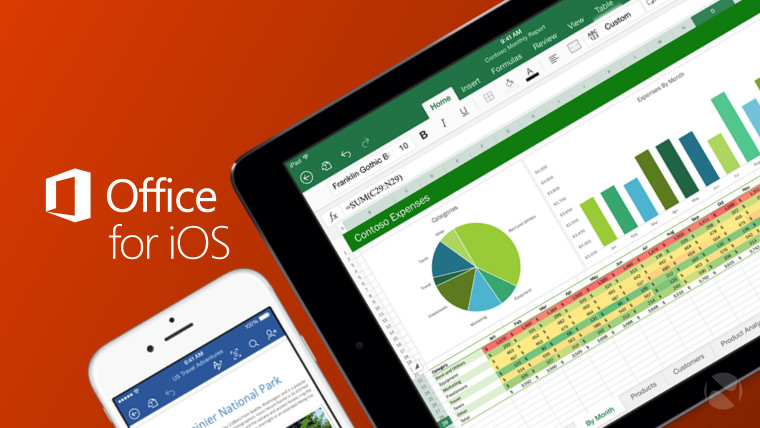 Microsoft has been holding its Ignite 2018 conference in Orlando this week, where it's announced a ton of news. At a session today, the firm announced what's next for its Office Mobile applications on iOS and Android.

As we noted earlier, it was confirmed to us that the Office Mobile apps for Windows 10 are all but dead. They still exist, but new features are focused on iOS and Android when it comes to mobile development.

One of the new features that we'll be seeing is Insert Data from Picture. This will allow you to take a picture of a chart, and turn it into an Excel spreadsheet. It can even help you to add functions.

There are new PowerPoint features coming to help you to control your presentations from your phone. For example, you'll be able to ink directly on a slide to call something out, or you can use your phone as a laser pointer.

Coming to Word, you'll get new features when having documents read aloud. Media controls will be included, and you can even listen to your documents being read while you're driving.

And finally, there are new collaboration features, as always. You can highlight text, leave a comment with an @-mention, and the person you tag will get a notification. Right now, they'll get an email, but in the future, they'll get an app notification. When they open it, the app will bring them right to where you left the comment.

All of this should be available to Office Insiders fairly soon. I was told that Office Insiders on Android should get it soon if they're on the Fast ring, and they may have some of these features already.