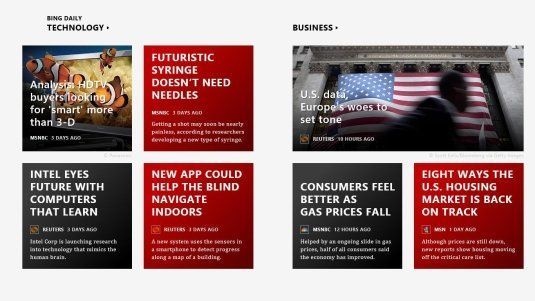 Microsoft's launch on Thursday of the Windows 8 Release Preview was accompanied by a number of new and updated Windows 8 Metro apps that users can download for free from the Windows Store. Three of the new apps come from Microsoft's Bing division. In a post on the Bing blog, Microsoft talks more about these new Windows 8 apps.

One of the new apps is for News. The blog states, "Swipe through the app for a quick read of national, world, technology, entertainment, politics, sports, and health headlines and tap on specific headlines to read the full article." You can also customize the type of news you want to see first with the My News feature, while the Sources feature allows for users to see all of their most read news outlets to be put on one page. 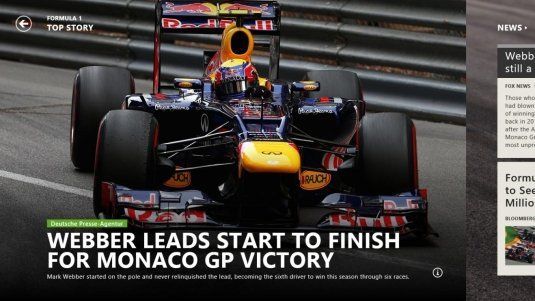 The second app is Sports and, as you might expect, is devoted to sports news coverage. Microsoft states, "Swipe through the app to get an overview of the top sports headlines, live scores, schedules, standings, extensive statistics and much more across all major sports. Personalize the experience, so you can track the leagues and teams you are most interested in." 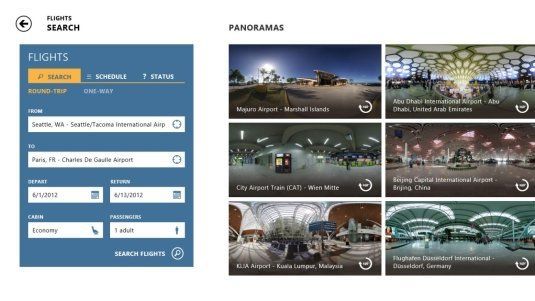 Finally, Bing has released the new Windows 8 Travel app. This allows users to not only check out thousands of potential travel locations but also allows them to find airline flights to those destinations. The blog states, "Simply enter where you want to go and the dates you want to travel and then filter the flight results by price, number of stops, airline name, or departure time to find the best flight for you." It also offers hotel information.

All three of the new Bing apps join the previously released Finance, Weather and Maps apps from the Bing division. The apps can be downloaded in 62 countries in 12 different languages.